This article critically analyzes contemporary neoliberal feminism starting from Catherine Rottenberg’s definition. A feminism which forsakes women’s emancipation through self-help programs, leaving behind those who do not fit in the definition of privileged professionals. Since this feminism is based on marketing logics promoted by capitalism, it legitimizes a popular misogyny that grows with the increasing popularity of contemporary feminism. While neoliberal feminism allows the forces of global capitalism to portray themselves as progressive, it conceals regressive policies like the “chain of global careµ and “femonationalismµ. Ultimately, an alternative to neoliberal feminism will be proposed through Nancy Fraser’s theorization of a new two-dimensional conception of gender which leads to a consequent two-dimensional conception of justice entailing a universal division of care work. Therefore, “feminism for the 99%µ represents a valid alternative to neoliberal feminism, to the extent that it is not limited only to women but supports all vulnerable subjects. 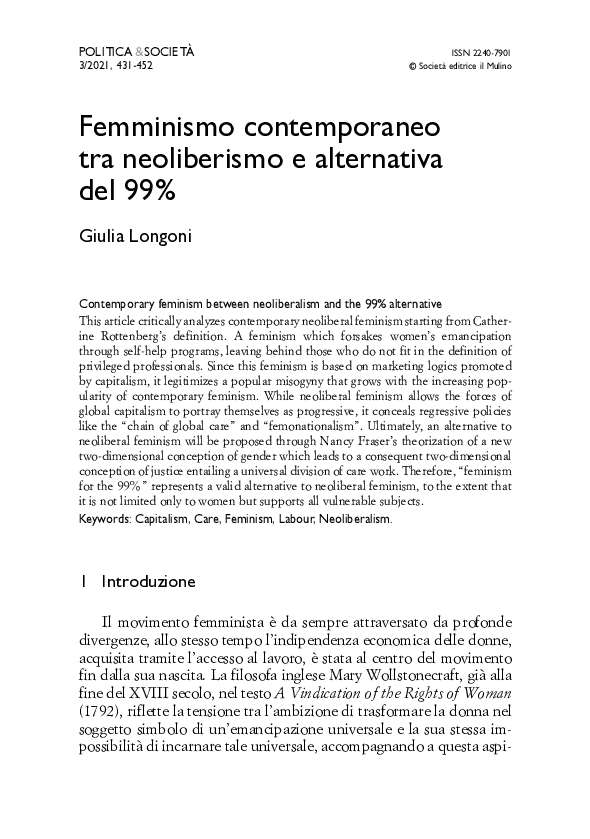