The aim of the present article is to show how religious faith, if adequately defined, can greatly contribute to the promotion of peace and justice in the world. Yet, this contribution is mostly potential and rarely actual. In particular, I will consider three main factors which impede the process of peacemaking. The first is the lust for untrammelled political power, which leads to the politicization of religion. The second factor is the striving for unlimited wealth, which leads to the privatization of religion. The third factor is represented by the ravages caused by chauvinism, xenophobia, and genocidal mayhem. The direct and visible effect of this latter factor is what I define as the "Manichean" derailment of religion. 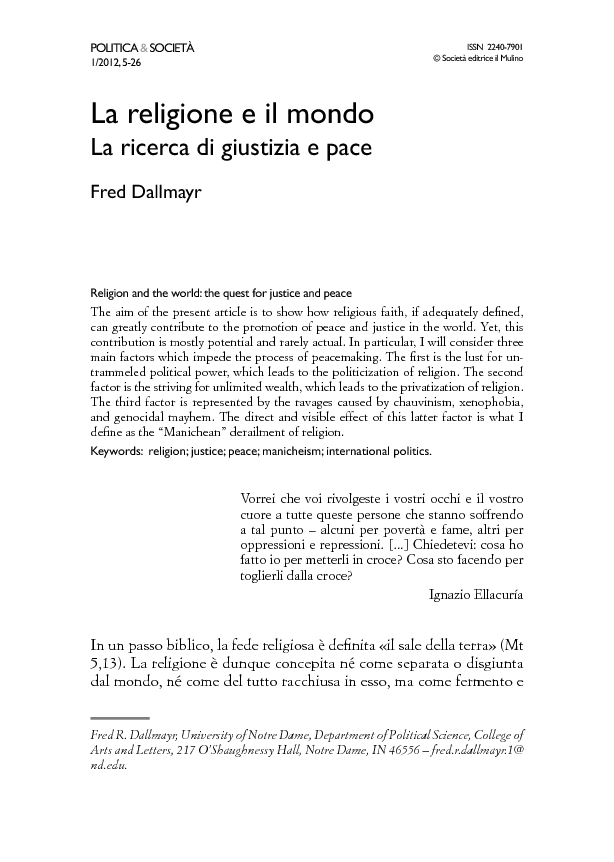