Marx's concept of reification has at least three levels of meaning. The first is that referring to the transformation of the relationship between men in a relationship between things, and the effects of misunderstanding of social reality which are generated by this situation. The second meaning is the one in which reification implies alienation: the results of their interaction are opposed to individuals as an alien destiny, that they do not dominate and that on the contrary dominates them. The third dimension of meaning, especially developed by Lukács, Goldmann, Adorno and Honneth instead invests the diseases that occur in modern social relations, giving them instrumental, objectifying, rationalized characters in the sense of calculating reason. The article argues that the strongest meaning is the first, while the second and the third are much more problematic. 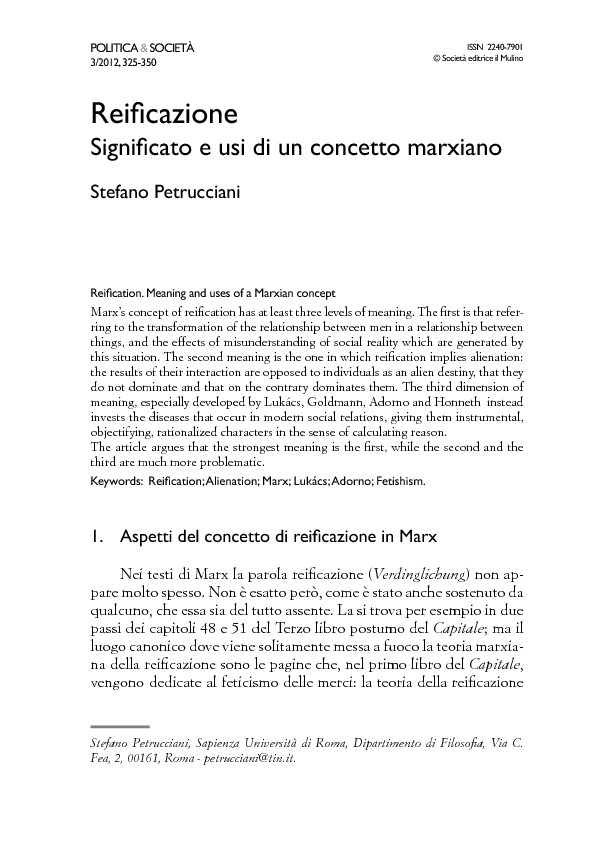