In modern philosophy and political thought, the concepts of imagination, phantasy and imaginary have been mainly differentiated one from the other. This paper is aimed at stressing tensions and interactions between these three determinations in relation to the display of imaginaries of violence in politics and daily life. In particular, the paper is interested in investigating the tangible significance that figurations of fear that are originated from mythology and literature have in the conceptualisation of the birth of politics, like in the case of the image of the social contract. Within this context, the representation of animals and monsters, like in the case of the wolf and the Leviathan as conceptualised by Hobbes in his works, will be considered as manifestation of different forms of fear and terror, having existential/anthropological and social roots. Following this argument, the metaphoric and dialectic image of the wolf will be analysed in fables and tales (referring to collective imaginaries) in the attempt to show how in this case phantasy evokes concrete experiences and how imagination relates to the knowledge of matter of facts, which do not refer to a pre-social state of nature or to a political domain but to traumatic experiences occurred in the family in form of domestic violence. 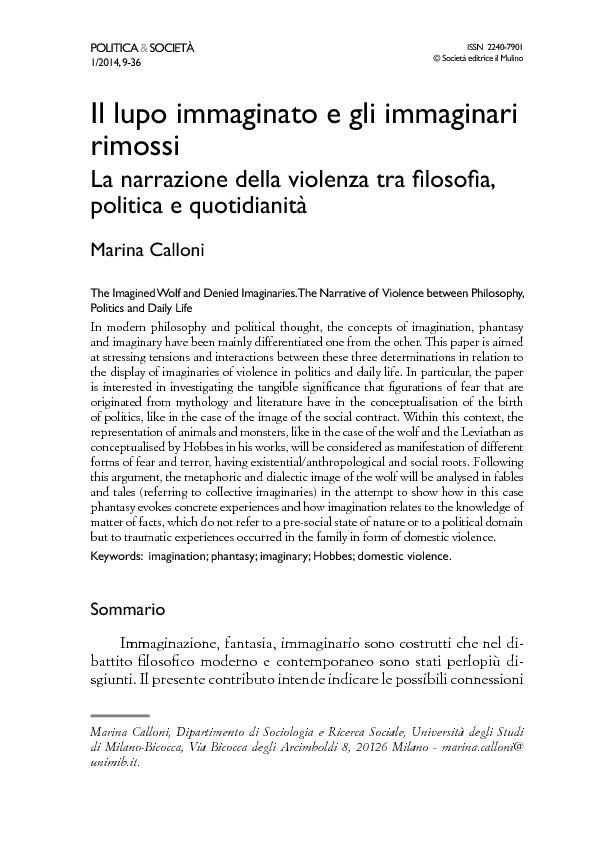