The article analyses the relationship between violence and religion through the study of the role of the foreign. Indeed this figure collects in itself some key questions of that problematic relationship. After having clarified the temporal distance between us and the biblical text, this article analyses, through the figure of foreign, (first) the reasons behind the creation of a pacific image of God and (second) the divine violence. In the biblical tradition the foreign belongs not to the sociological, but to the theological category, as God reveals himself through him. For this reason, he represents the location of tension between violence and religion. In an analog way, today the foreign shows and mirrors the fears and the contradictions of the society in that he lives: the Otherness is interpreted as alternative to myself, and for this he is dangerous. Just through Jesus, in the biblical tradition, the interpretation of the foreign will be finally far from the alternative "Overwhelmed-Oppressor", to become the Otherness as a possibility to build up a new social-political order. 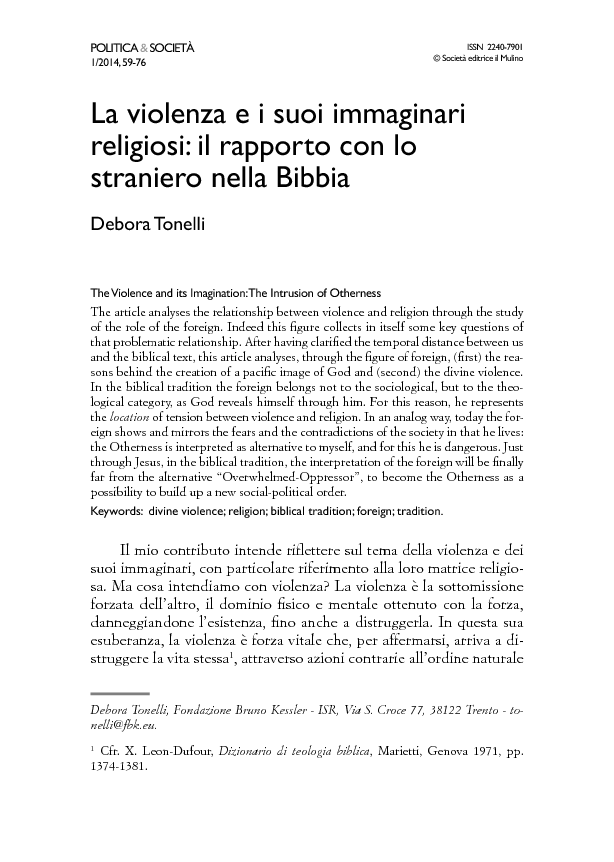