The attempt to define the legal category of common goods is thwarted by the difficulty of identifying, first of all, the "ratio" and after a concrete taxonomy which could justify the research to expand the traditional dichotomy between "public" and "private". For this reason I think it is useful to question the political genesis of discourse, placing it in the context of the transformation of the State in governance processes, and reflect on some problematic meeting the legal political point of view on a theme crossed by different theoretical genealogies. The fundamentals of the new claims of the movement of common goods are due to the demand, which can be collocated in the context of contemporary metamorphosis of law, in order to establish innovative forms of use and new limits on the government of goods, historically representing objects of sovereign powers: this reveals, in depth, how the issue concerns democracy and the survey of a new public space. 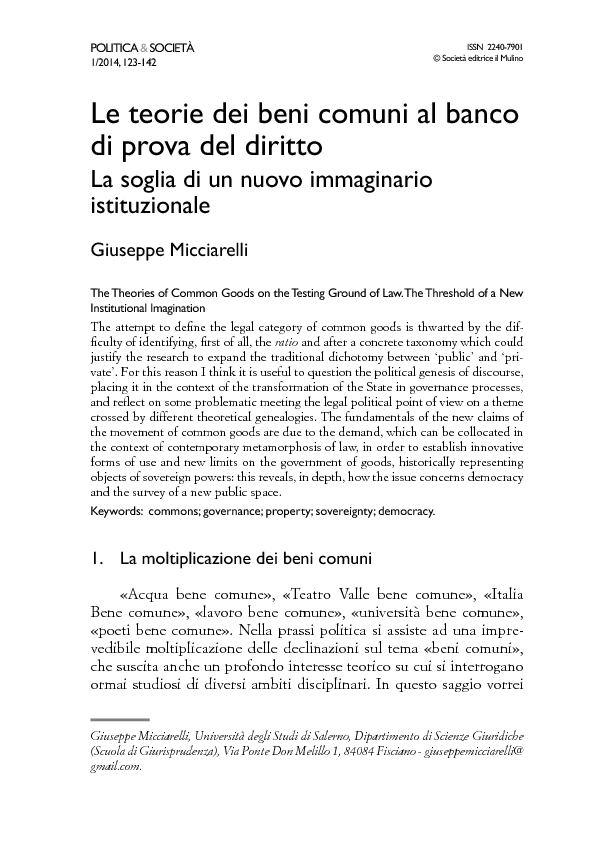