Most theories of democracy regard consensus-seeking as the standard to be attained or a goal to strive for; quite the reverse, conflict, especially if endemic or persistent, is perceived as a threat to quell or a danger to avoid. However, this understanding continues to clash repeatedly whit visions and perspectives that consider the political not so much as a space of freedom and public deliberation, but rather as the space of power, conflict and antagonism, which are deemed to be ineradicable and constitutive aspects of the political struggle. The aim of this article is to assess the most recent of these theories, the concept of «agonistic democracy» advanced by Chantal Mouffe, and her critique of liberal approaches to democracy, which she believes to be unable to understand the peculiarity of the «political» (that is, the distinction friend/enemy) and thus to transform antagonism into agonism. 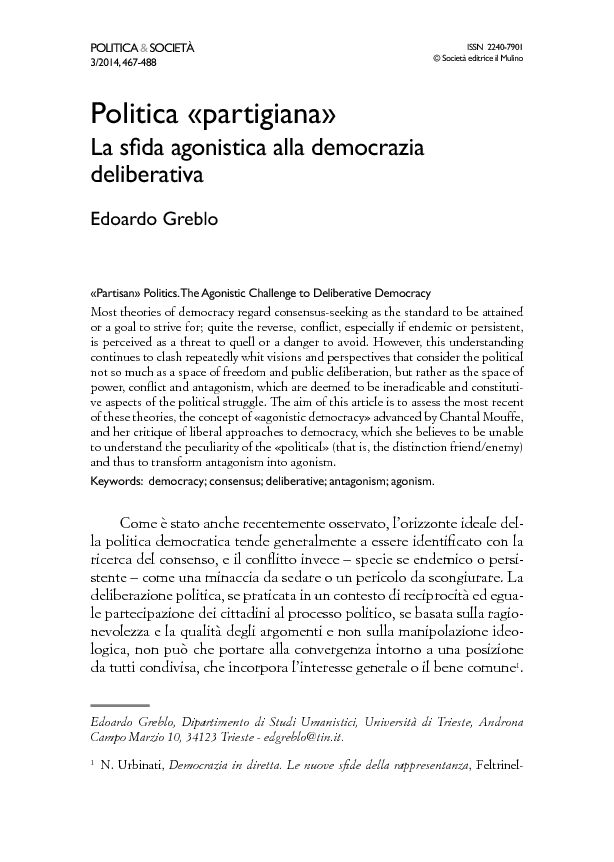