In modern societies, politics can decide to not make any decisions. Not making a decision may be the result of the decision of a policy non-decision-making. So, more and more issues of the decision is transferred to the judicial authorities, they must make a decision. All this increases the distrust in democracy, which has the claim of being representative. But "crisis" does not belong to democracy, it belongs, first of all, to political. A political system that does not decide forces democracy to an idle state that does not belong to her. And the inactivity of democracy prevents the right of acting, and it prevents building the future representations. 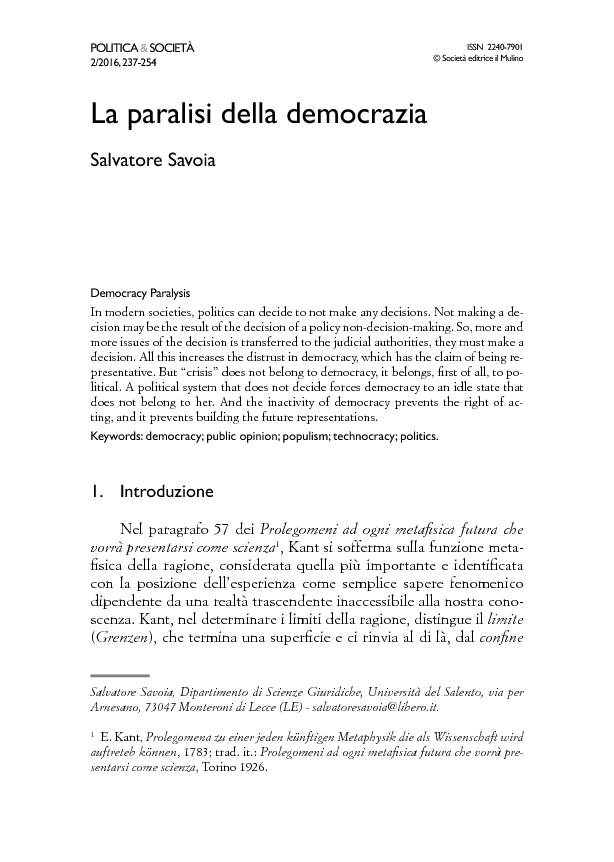