If it is true that, since its very Rousseauian origin, what has distinguished Social Philosophy from Political Philosophy is its predominantly "critical" status, it is also true that it has its own distinct normativity: an "immanent" and "heretical" normativity compared with PP's formal version of the same, since it is based not on procedures or deontology, but on the internal (anthropological and emotional) resources of individuals and the social. As is clear from the corpus of authors that the paper tries to reconstruct, each time SP seizes the challenges and pathologies of the present and offers a multitude of normativity registers. But recently we have seen normative perspectives emerging - "recognition", "care", "gift" - that can be considered true paradigms of SP as they share not only the critique of the pathologies of modernity, but also the criticism of the mainstream justice paradigm. Neverthless, what is lacking in these three new paradigms is appropriate attention to the problem of motivations. The paper suggests the need for SP, to integrate a "theory of passions" that shows the potential ethical function of the emotional sphere, so as to prefigure a different image of the subject and the social. 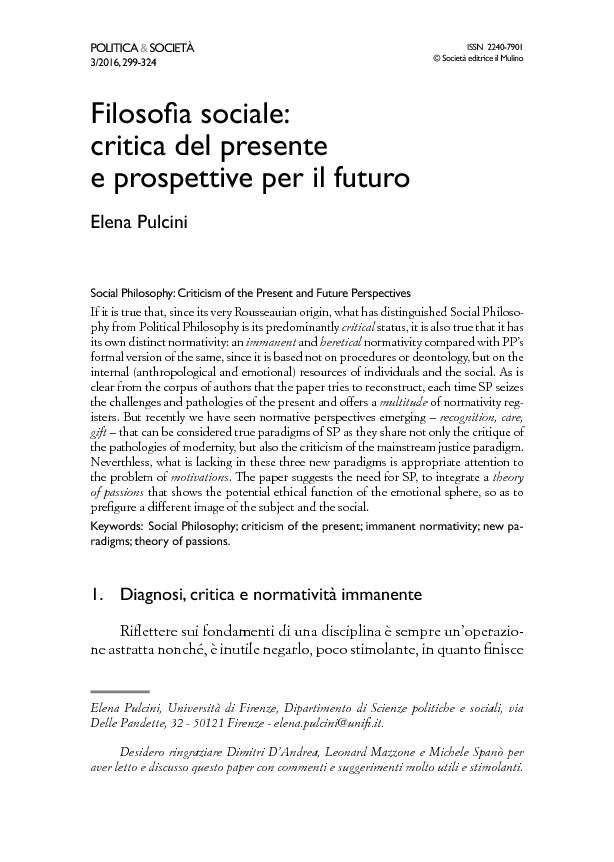