From "We Have Never Been Modern" to an apocryphal and invented "We Have Never Been Political". With the help of Socrates and Callicles, both main characters of Plato's dialogue Gorgias, this article first of all aims to define the space of politics in Bruno Latour's thought. Against Socrates and Callicles and their unpolitical shortcuts through "Right" and "Might", Latour defines politics as the effort to compose and build a common world; therefore, the space of politics - erased by Socrates and Callicles - is the space of trials and errors, alliances and compromises, divisions and discussions, and no superior Science enables us to shut up the assembly. In this scenario, is there once again space for critical thinking? I will try to outline some questions and difficulties that arise from Latour's "flatland" and, on the other hand, I will argue that we need to invent new institutional spaces in order to re-create and build the space of politics. 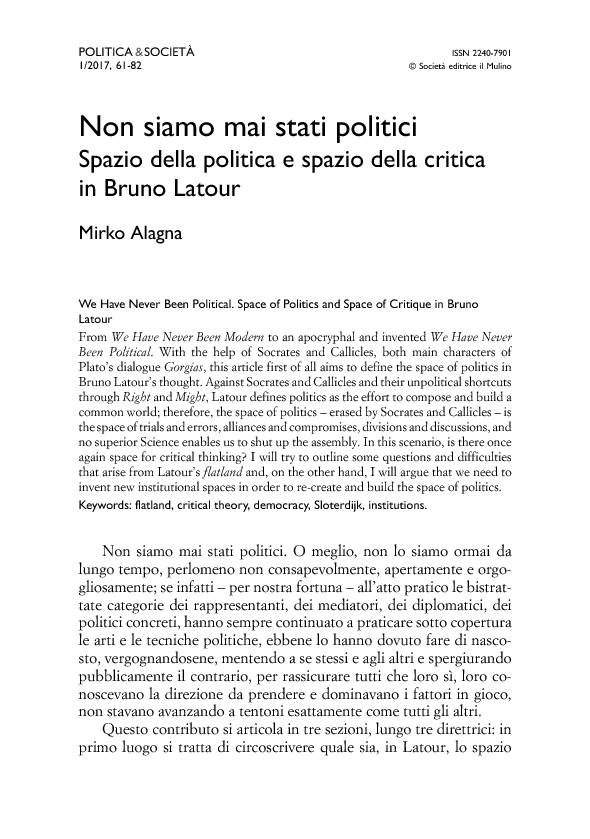