The article considers the relationship between the abstractions of consciousness, knowing and labor within the philosophical transition from Hegel to Marx. In pursuit of this aim, I focus first on Remo Bodei's interpretation, which is attentive to the meaning of "absolute knowing" within the Hegelian system, and Roberto Finelli's, which examines the forms of the relationship between abstract labor, capitalism and modernity. In the last part of the article, I draw on Daniel Brudney's argument in Marx's "Attempt to Leave Philosophy", showing that its alternative interpretation leads to an "impasse". Brudney correctly grasps that the young Marx is hostile to philosophical method, but this abandonment of philosophical thought does not coincide with the refusal of any form of abstraction. 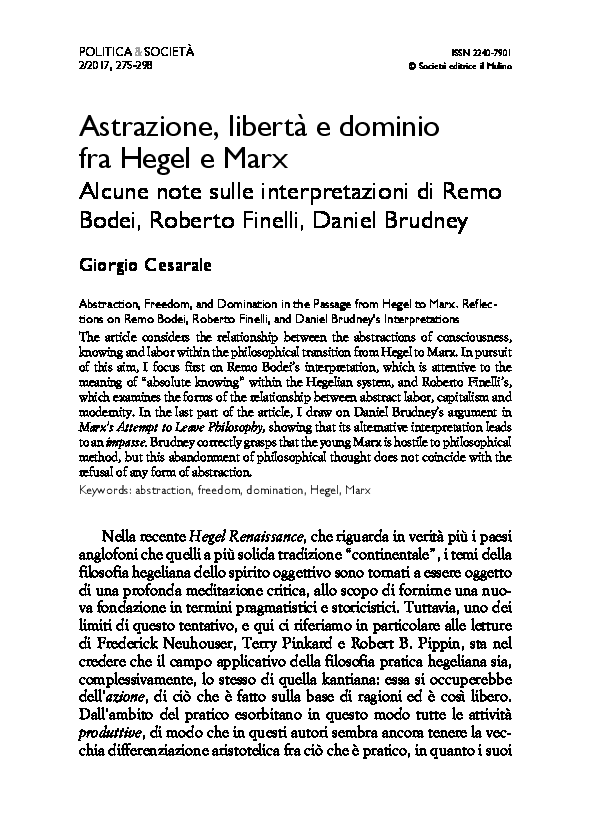