The crisis of traditional forms of democracy questions us about the role of information technology and the cyberspace into achieving citizens' participation in the defining phases of public policies, and helping the demos to experiment with new forms of renewal Institutions. Considering the conflictual relationship between electronic agorà and representative democracy, the Pirate movement will be analyzed, as political force which, starting from the digital revolution, have become promoter of radical change in society avoiding the right and left categories. Indeed the Pirate Parties are part of a movement on a global scale and represent the latest product of technological modernity. They are promoters of a liquid democracy that allows the experimentation of a new form of virtual agorà. In the meantime, the virtual agorà carries within the risk for citizens to live the illusion of participation without perceiving the subtle power of decision-making self-referential elites. In this time of flash informations, more than a form of government, e-democracy should be rather considered a system able to manage and revitalize the relationship between institutions and citizens, thanks to the use of modern technologies. 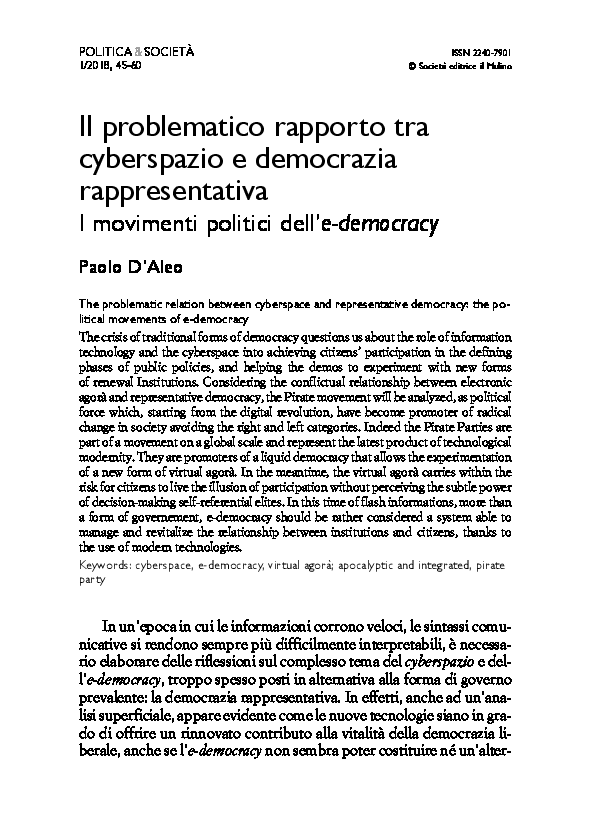