In the last two decades, much has been written - for and against - about the relevance of Carl Schmitt's thought for a better understanding of the present-day situation of both global politics and Western democracies. This revival has led to new translations and reissues of Schmitt's works, including his less famous writings. Yet, little attention has been paid to his early works, and in particular to his prewar writings from 1910 to 1914. By focusing on these seminal texts, the article aims at showing the relevance of some key concepts that Schmitt introduced for the first time in the early 1910s and that would have fully developed in the institutional writings of the early 1930s. In this perspective, particular attention will be paid to the normalising function of judicial practices and the key role of the judges in securing a stable social order in a way that is far from being consistent with Schmitt's decisionism of the 1920s. At the same time, the article intends to offer an alternative interpretation of Schmitt's political theory as a whole, by making a distinction between three different types of decisionism: deliberative, sovereign and institutional. 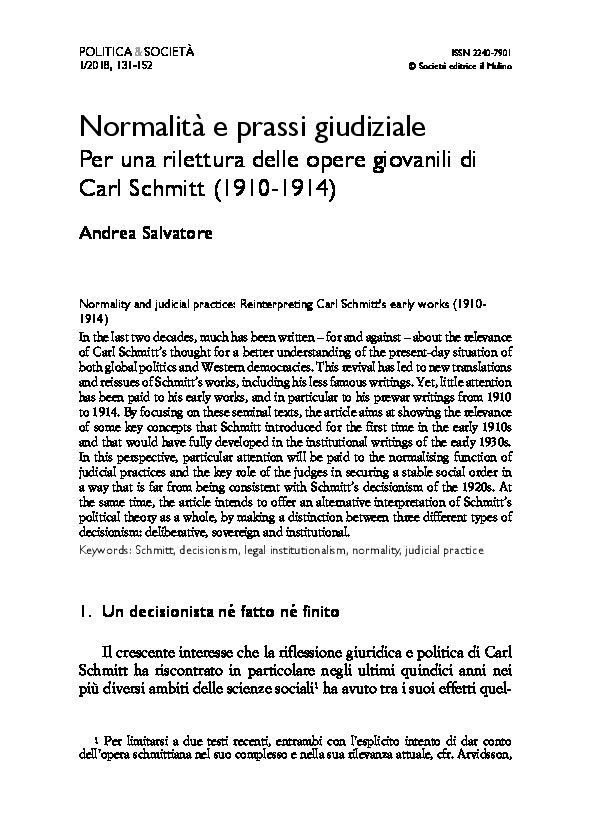