This article aims to investigate and question Étienne Balibar’s criticism of the liberal democratic configuration, by focusing on his reference to Carl Schmitt’s analyses and interpretative categories. Such a confrontation, however, by expressing an antithetical perspective with respect to that of the German jurist, will inevitably lead to a comparison of Balibar’s position also with Derrida’s one, who, like him, addressed the democratic issue by rediscovering and deconstructing Schmitt’s thought. 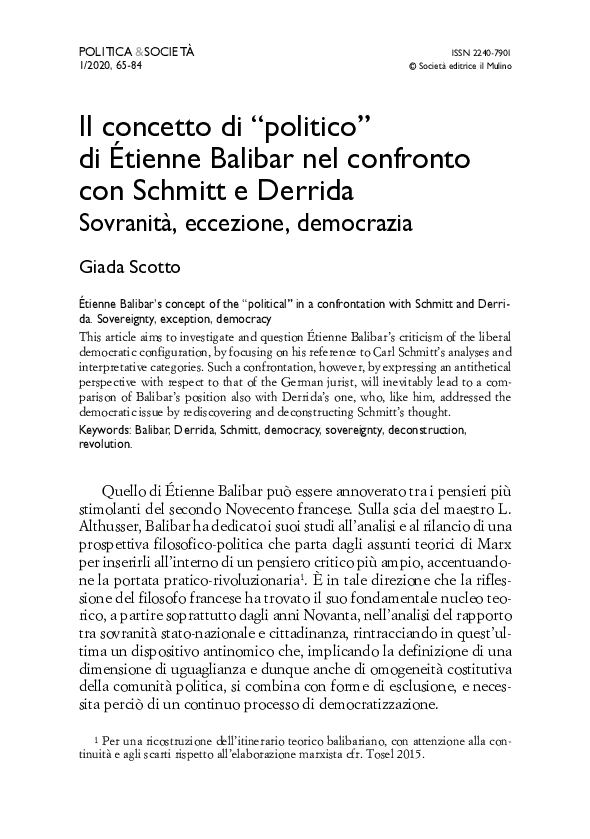