The present contribution is devoted to assessing the workable topicality of the major texts (in terms of a general theory of law) of those whom I consider the most significant exponents of European-Continental legal institutionalism, which came about between the two world wars of the 20th century, from the vantage point of the difficult relationship of integration without reciprocal colonisation or subordination between political democracy and the complexity of the juridical, here understood as a sphere that, in the West, even before the establishment of national states, shaped up as a differentiated and partially autonomous sphere. Unfortunately, due to the limited space, M. Hariou’s contribution was excluded, though relevant. In the introductory part, I justify the relevance and topicality of the question. In the successive points, I take into consideration first C. Schmitt (1), then S. Romano (2), and finally W. Cesarini Sforza (3). I then try to show how the critical reconsideration of legal institutionalism invites to the productive and promising reconsideration of the idea of democracy, without flattening the juridical either to social or to the political- statal. 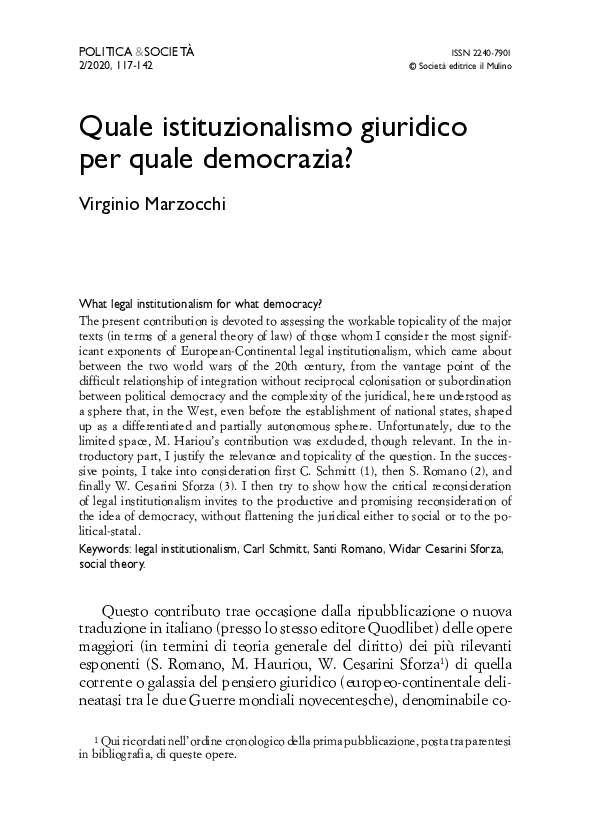