According to Louis Althusser law has a coercive nature but is also an Ideological State Apparatus, i.e., an instrument that the bourgeoisie uses to convey its values in the exploited classes and perpetuate its domination. As far as it is based on the category of subject, bourgeois philosophy, from Descartes to Husserl, indulges in this aim. Juridically, indeed, the subject is not only the holder of a property right, but also a subjected person. When psychoanalysts, especially Lacan, question the conscious subject, they also question this ideological conception. Thus, an emancipatory philosophy for the exploited classes cannot be but an anti-humanist philosophy. And yet, does not any other (human) right vanish with the subject? 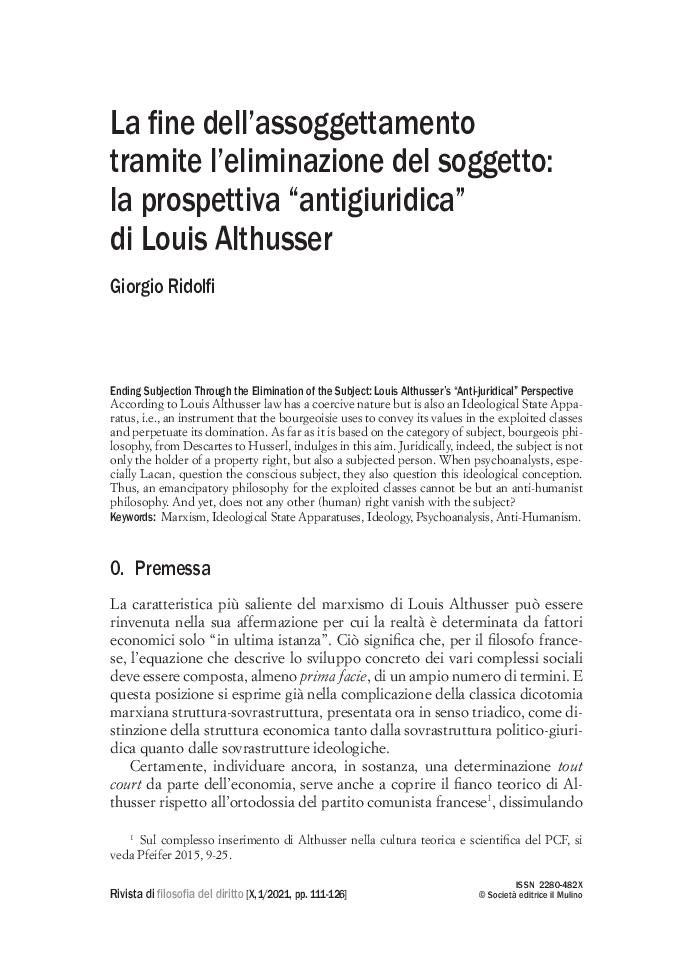