Inter-legality discussed in this paper draws on a previous more general treatment of the question. A theory of inter-legality has descriptive and normative aspects. The descriptive aspect captures, rather than just fragmentation and plurality, the interconnections that legal functional separations are hiding. The normative aspect highlights a methodology for managing the overlapping and conflicting legal rules, sourced from separate domains, State orders, regional or supranational regimes, controlling the same issue at stake. In this respect, interlegality refuses the weakness of both dualism and monism in coping with interconnected orders, and it focuses on positive laws relevant to the issue, and the reasons claimed from diverse and equally valid sources. This article chooses one emerging problem, i.e., where global common concerns are at stake: an epistemic change is needed, focusing upon the law relevant to the case, which often is non-coincidental with one-system-based legality. Interlegal comprehensive assessments would pave the way for avoiding injustice by preventing unilateral judgements. Recent paradigmatic case law is considered. 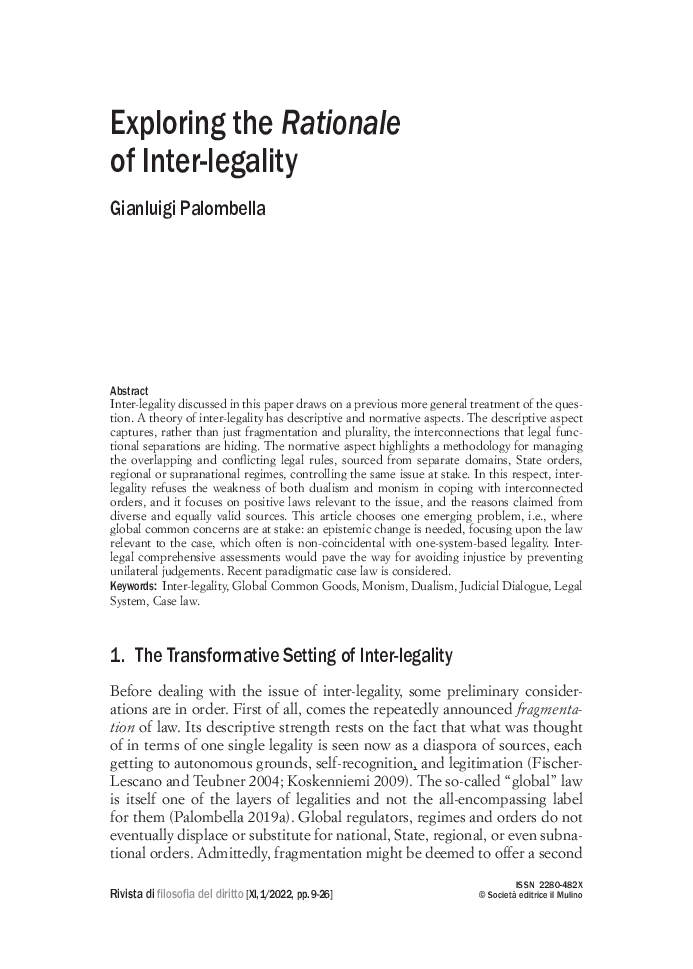