This article explores the concept of monstrosity in the archaic and mythological genealogy of the idea of justice in the Greek context. The thesis of this article is that monstrosity, traditionally reduced to a mere archaic legacy, is not simply overcome with the establishment of the new Olympic order. On the contrary, it is used as a tool in its service. Through the analysis of some classical figures of monstrosity, I intend to show that the new order of justice carries with it the indelible trace of its opposite, that is, of an original injustice, at once ethical and ontological. 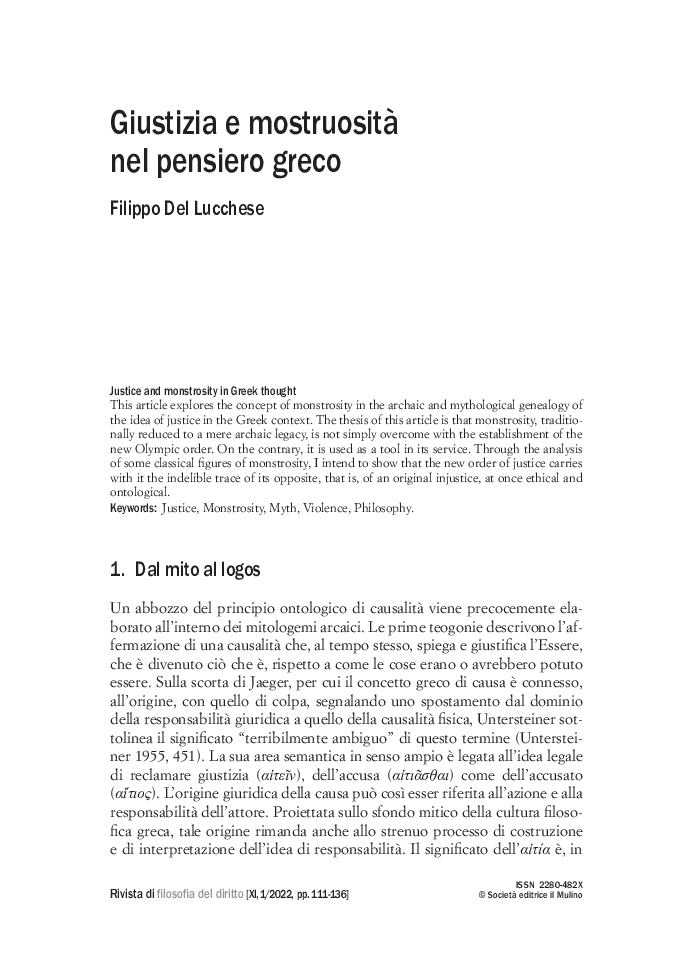