Knowledge and normativity have been always at the core of legal philosophy. However, the field of research referred to as Science and Law, as currently developed, is not well settled within legal philosophy. This contribution aims at presenting some major themes and theoretical perspectives in Science and Law, highlighting the reasons to support the "co-production" approach. The notion of co-production implies that both science and law languages mutually create themselves, concurring, in an open and never ending way, to establish meanings and arrangements both within society and the scientific community. Fundamental contemporary legal-philosophical issues may be addressed in this perspective. 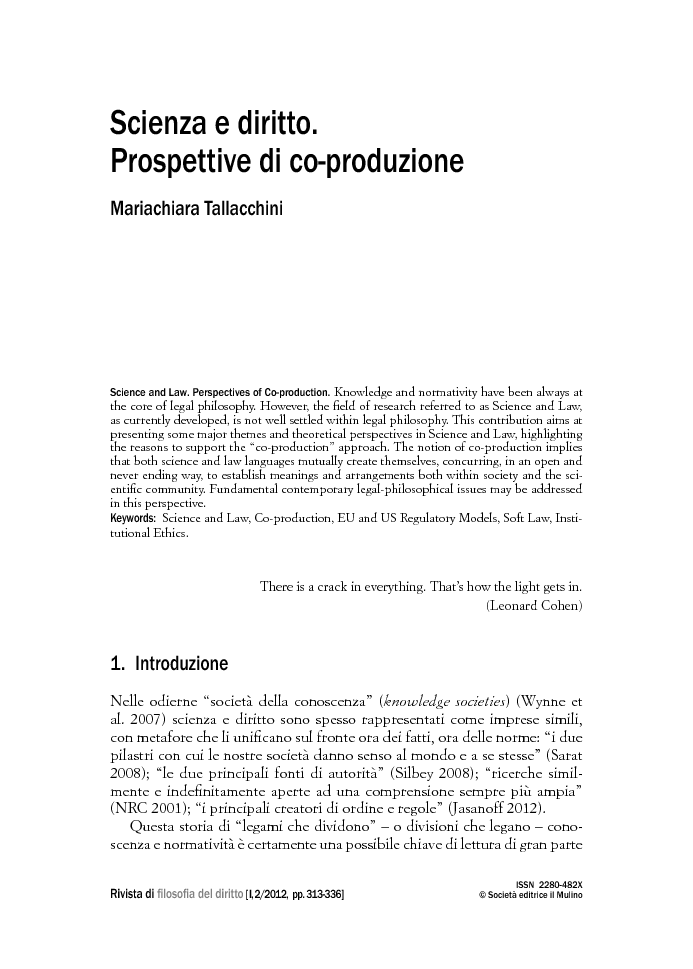