Why are not undergoing a crisis the ancient dilectio of Goldberg Variations by Bach, or the literary myth of Romeo and Juliet, as are the political and economic institutions? The essay takes up in this way, the important theme of Bruno Montanari's volume, "La fragilità del potere. L'uomo, la vita, la morte". The Rector of the University is not such by nature, nor the alloy of a silver mark is sufficient by itself to produce thirteen thalers. An institutional fact to be born assigns, as evidenced by John R. Searle in "The Construction of Social Reality", a function of status to a substrate material which in itself does not coincide with it. Hence the finitude of power in institutional facts. The transition from one entity (the substrate) to another (the institution), in fact, precisely because it is the result of an endowment continuously needs to be recognized. With the economic institutions it is another matter. The futures, for example, are not in crisis because of the role that the market has in recognizing their value. Often it is the market to be derived from futures and not vice versa. The crisis in the financial power depends, if anything, on the separation of the economy from the real wealth of goods and services. Are there, then, "strong institutions"? Perhaps the human rights. In the long path of rights it is difficult that steps backwards are made. Indeed, all the other powers and other institutions depend essentially on the rights, both for their birth, both for their end. 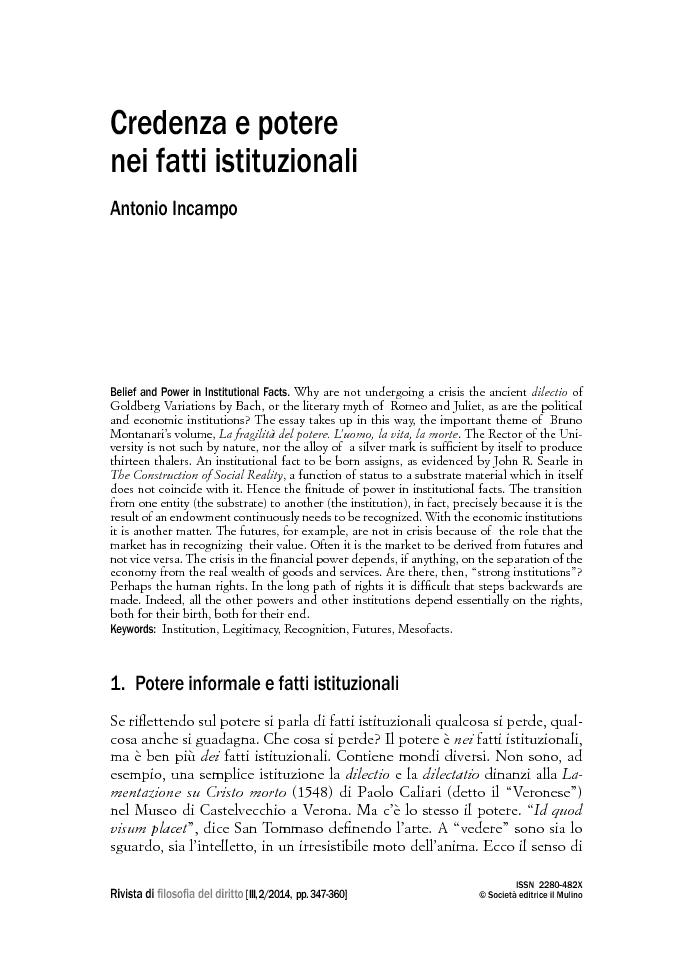