This essay discusses the compelled production and use of neuroscientific evidence against criminal suspects or defendants and the constitutional provisions that protect suspects and defendants and limit government evidence gathering in the American legal system: the Fourth Amendment, the Fifth Amendment privilege against self-incrimination, and Due Process. We shall argue that, under current constitutional doctrine, a neuroscientific test could in principle be compelled, either through a threat of contempt or through physical force, under the following conditions: 1) the government has probable cause and a warrant, or a recognized exception to these requirements obtains, and 2) the government conduct is not so outrageous that it "shocks the conscience": for example, the test should not jeopardize the health of the person who undergoes it. However, criminal defendants may invoke the privilege against selfincrimination to prevent the use of neuroscientific evidence when the evidence is "testimonial" in nature, compelled, and incriminating. We also suggest developing specific statutory limitations and guidelines to regulate the gathering and use of neuroscientific evidence in criminal proceedings, as it may be preferable to reliance on a patchwork of constitutional doctrine. 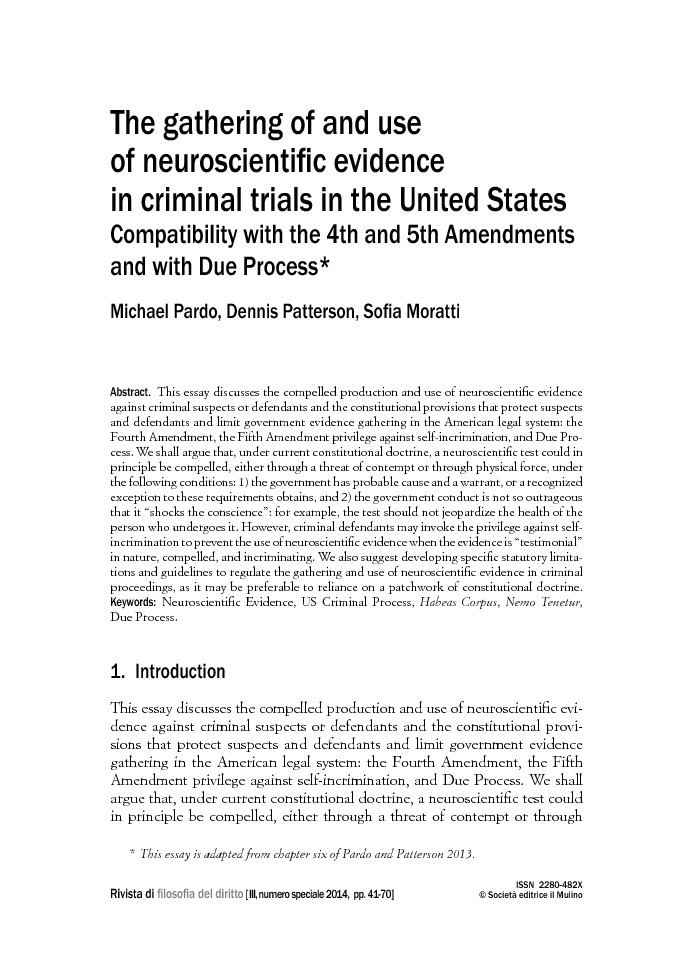