This essay focuses on the ethical and legal use of the "dignity" paradigm. An ambiguous use, although there are references to the term in our Constitution, regional and international Conventions and decisions of national courts, which face ethical dilemmas and clashing fundamental rights, recalled and brought into play by citizens. In the relationship between man and biotechnology, a last generation of rights, bioethically relevant rights (the right to one's genetic heritage, the right to happiness, the right to have a child, the right to be born healthy, the right to a dignified death etc.), has increasingly arisen; these rights have been invoked for many different and conflicting reasons, and recognized and supported by the use that is made of the multiple semantic values of dignity. Diverse and opposing meanings stem from the choice to either recall a personalist or liberal or utilitarian interpretation. Moreover, the use of the dignity paradigm lingers in the long-lasting question of scientific and research freedom, as well as the limitations it may encounter, in order to avoid violations of the fundamental rights of the person. Ultimately, the notion of dignity, brought to the courts' attention in the face of delicate issues, such as the beginning and end of life, alongside the freedom to dispose of oneself and its limitations, will be discussed and carefully considered. 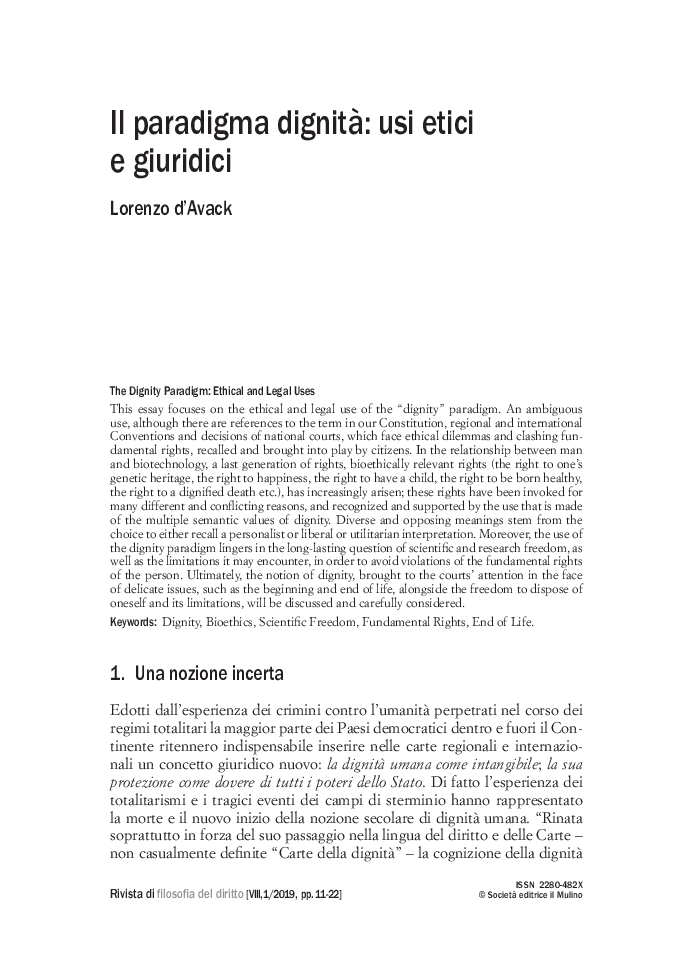