This paper concerns the connection between legality and justice starting with Kant, Kelsen and Radbruch, and it adopts the same point of view of them, i.e. that legality and justice belong to different dimensions. The former is immediately perceivable, while the latter is a more complex and elusive concept. This happens because legality is established through the forms of positive law, whereas justice depends on the assumption of certain values: these values, variable as they are, inevitably affect the content of justice. As a consequence, legality and justice may get in conflict with each other, as it is the case with injust laws. 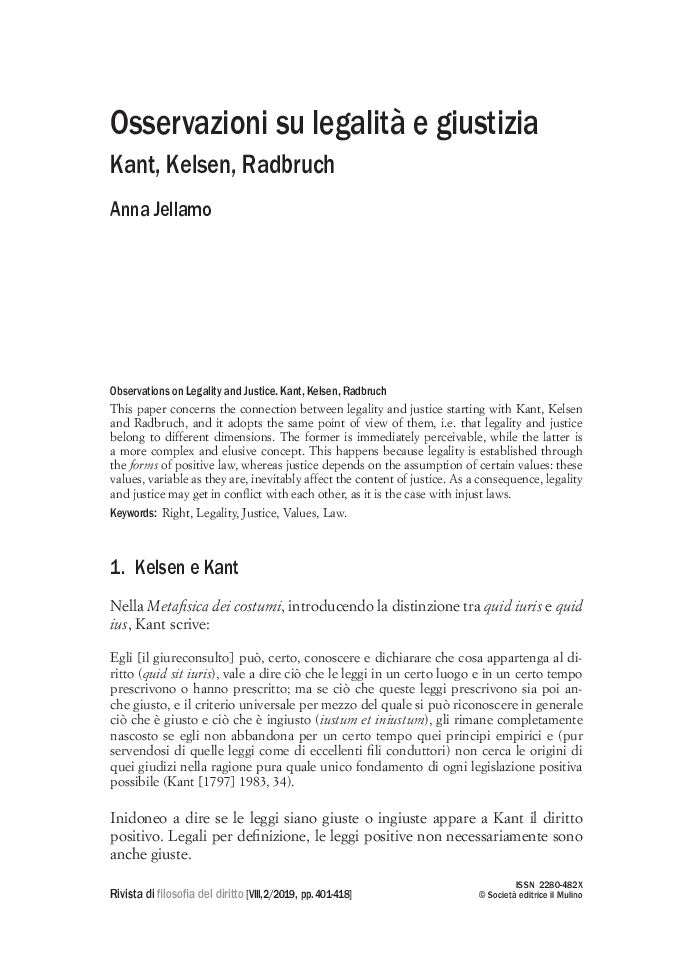