Europe’s definition and meaning have been for centuries more a question of philosophy than of geography. Or, said differently, its geography has been filtered by its philosophy. And this has been that of an intermediate position between an East of great and uniform planes, where quietness and despotism seem to be the appropriate political conditions, and a West of wildness and adventure, whose destiny is marked by anarchy and unrestrained freedom. European geography and its myth are then reinterpreted as a specific station within an ambitious philosophy of history. Now, Europe, stepping beyond geography, is become the promise of a new form of supranational political regime. The article discusses the genealogy of such globalist promise, by referring to its master ideologies: functionalism and ordoliberalism. The latter until very recently quite unknown in the debate of political and legal philosophy would indeed deserve an accurate scrutiny. It might be that it is not only the blueprint of the European integration as implemented in the last seventy years, but also and foremost a foundational and paradoxical, though successful, model for a social contract without contract. 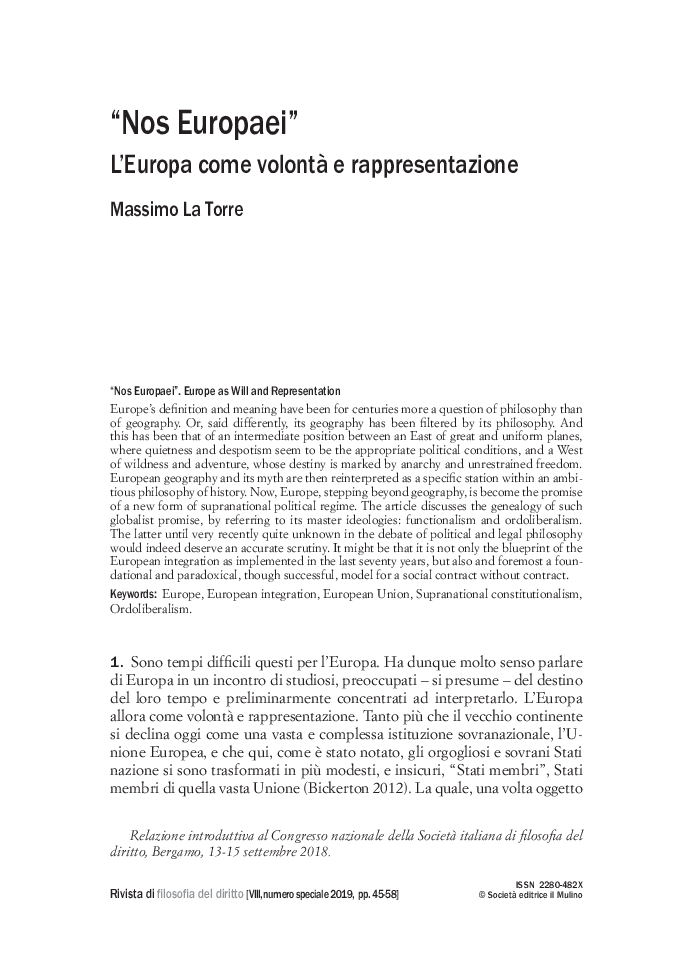