In this brief contribution I would like to support two simple conclusions: 1) Contemporary legal philosophy, and I think the same could be said about legal philosophy in general, cannot do without some non-positivist approaches to the (concept of) law. Without this critical literature, without the works of authors like Gustav Radbruch, Lon L. Fuller, Ronald Dworkin and primarily Robert Alexy, just to mention a few important ones, philosophy of law would be a very different “placeµ and in my opinion a worse one; 2) what is at stake into the debate between legal positivism and contemporary non-positivism is not just a definitional problem about the concept of “lawµ, this is just a consequent controversy which derives from a deeper disagreement: these theories are debating above all about the idea of concept of “conceptµ. 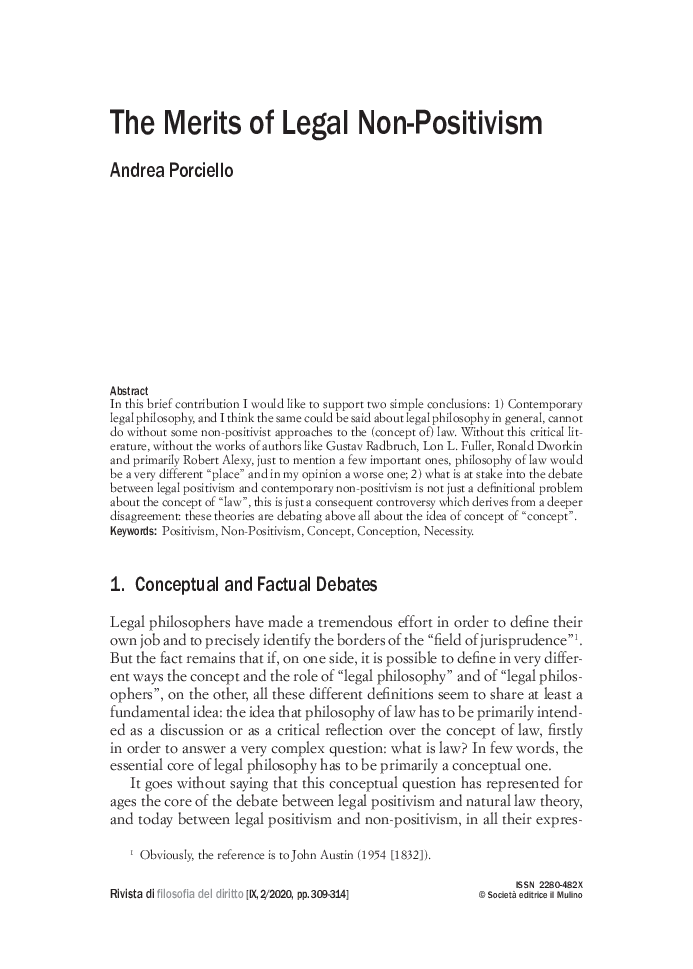