The distinction between rules and principles is intuitive, but it’s also hard to explain. All the theories that have tried to draw a distinction between rules and principles show flaws: they work in some cases but not in all. Therefore, they can be valid as rules of thumb, but not as general criteria. The theory that describes the principles as “precepts of optimizationµ seems to be the only one that can apply in all cases. It is a theory of political nature, which gives the principles back their characteristic of being political objectives. It means, however, that the application of the law also has an intrinsic political nature, unlike what Robert Alexy maintains, which considers that this nature is proper to the phase of the choice of principles and not to the phase of their application. 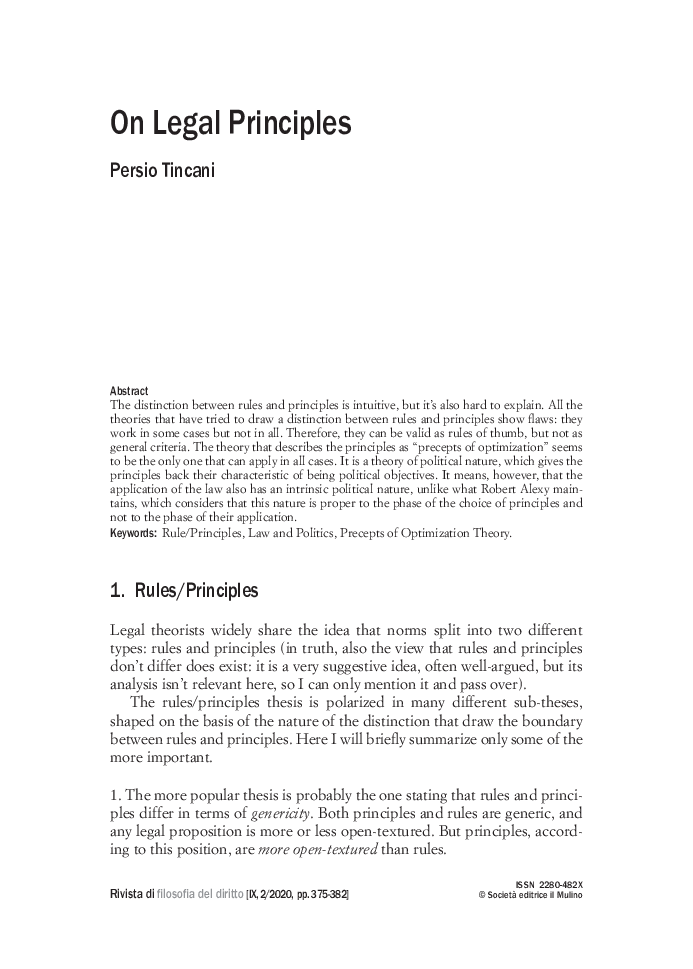