The laws of religions, and in particular Jewish law, offer a model in which the relationship between law and literature is much more direct, immediate, intense and profound than in the states’ legal systems. This is due to the fact that these “religiousµ laws did not undergo the process of secularisation and specialisation that has led states’ laws to sterilise their relations with everything that is not legal, including politics, ethics, religion and, why not, literature. For this reason, the laws of religions serve to remind us of the possibility of an alternative world in which the relationship between law and the other dimensions of human life (including literature) can develop synergies that enrich both the former and the latter. 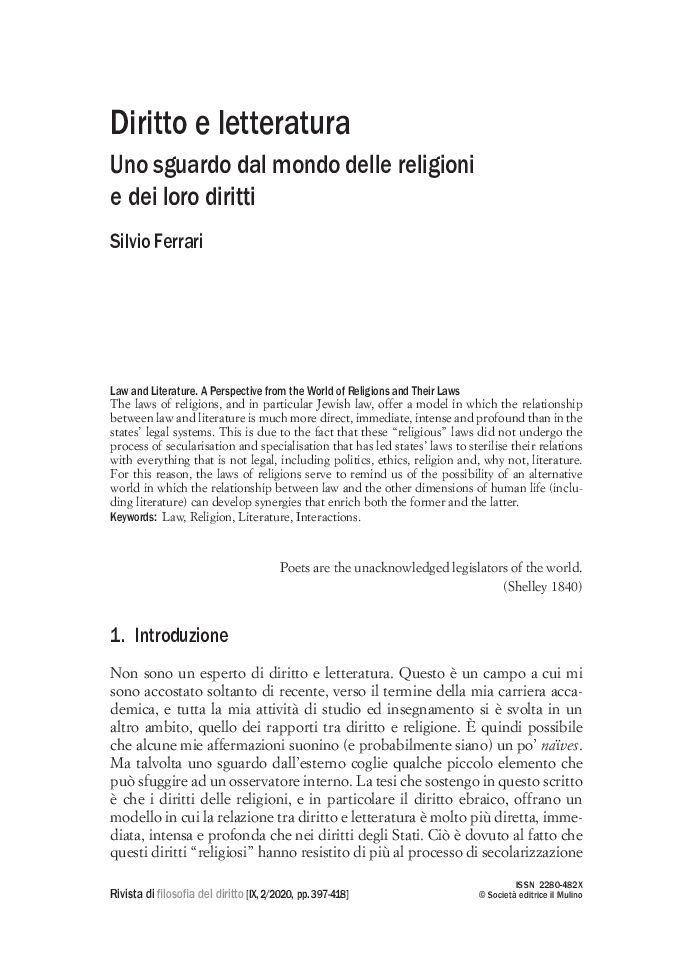