At the present moment, the so-called sharing economy seems to be just a version of the traditional capitalist market, rather than a new form of economy, in which consumers are able to play a role in the inner mechanisms of the production and distribution phases. The paper aims at analysing the access-based consumption, which seems to be one of the most revolutionary characteristics of the digital economy, able to drive us towards a new market-model, with new rules of governance and functioning. Access will be compared with the traditional property right, the latter being based on the well-known ius excludendi. At the end of the analysis it will result that «access» is the most efficient type of relationship between people and those goods that have a particular capacity, for example a relevant «idling capacity». In cases like this, the ownership must be replaced with the access, which is a right suitable with the simultaneous or shift-based sharing of the good 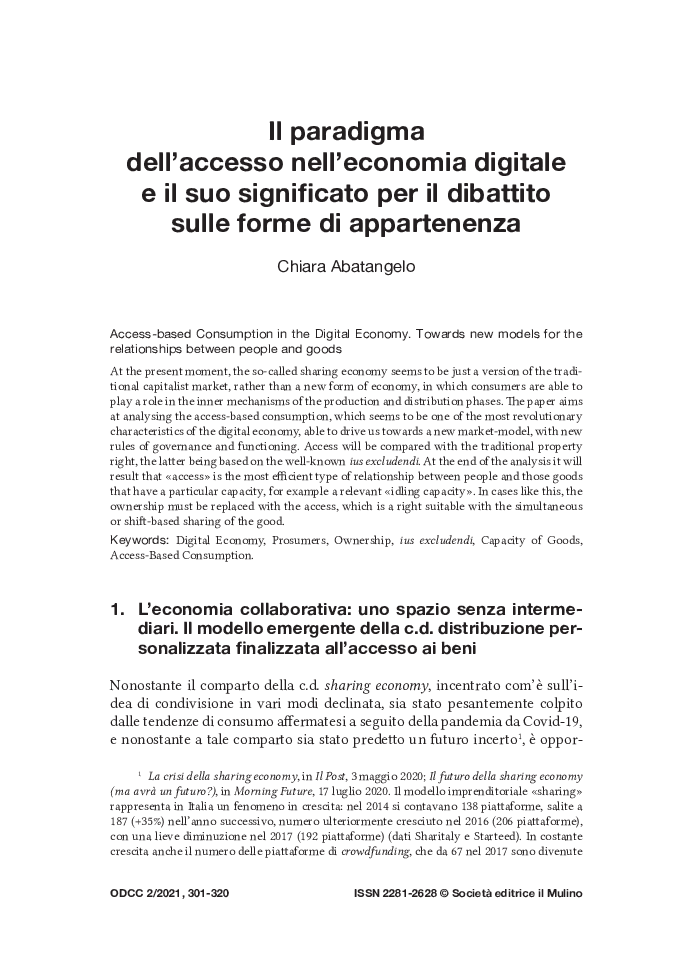