The balancing of interests that justifies the special treatment traditionally reserved to commercial contracts relies on specific and objective needs. The most recent trend to differentiate the regulation of contracts according to the subjective qualification of contractors relies instead on assessments regarding the involved entities or individuals and the correct exercise of their rationality. The party's qualification (consumer, professional, investor, etc.) has a purely statistical meaning, it has the sole purpose of identifying individuals who are more likely to be in a situation where the exercise of their rationality may be restricted by external phenomena, the so-called market failures. In this perspective, the function of contract law seems to end in ensuring the best conditions for the actual application of agents' rationality. The financial crisis highlighted the limitations of this approach. The individuals involved acted in a way collectively ruinous but individually rational, and complex regulation intended to protect the rationality of this or that class of agents has proved, from this point of view, totally ineffective. In short: intentional rationality of individual agents did not merge in an overall rationality of the system. The law of contracts should learn this lesson and give up not only the classical conception (which conceives contract law as a mere means to minimize the risks connected with trading) but also the dominant one in recent decades (which conceives contract law as a crutch with which to support agents in situations of market failures) assuming instead that one of its tasks is to take care of the the consistency between the legal rules governing bargaining processes and the set of roles and social relationships in which the contracting parties are embedded. 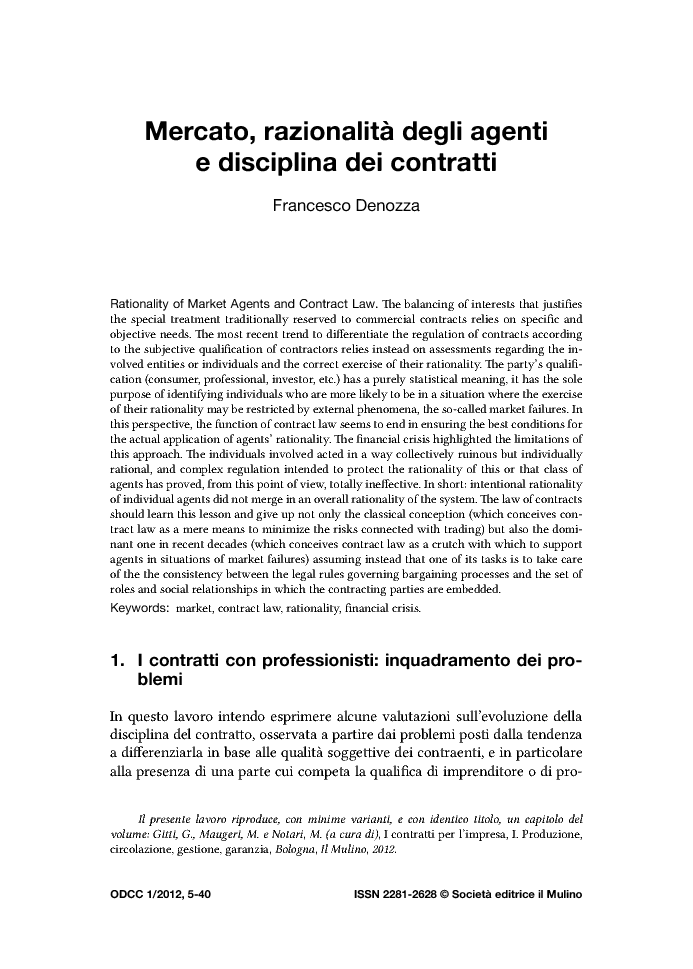