Though historically recent, a European law of unjustified enrichment is already existing and embraces both contractual and extra-contractual restitution, which however are governed by different rules and shall not therefore lose their own specificity. In contractual restitution, the remedy is based on the general principle of unjustified enrichment (both in civil and in common law by now) and has a very large field of application: unlike the German model followed by the DCFR, distinguishing between avoided and terminated contracts is not necessary from the point of view of restitution of performances rendered by the parties (as demonstrated by the CESL), nor is convenient elaborating further sets of rules for the case of contractual voidness or withdrawal. In extra-contractual restitution, the Directive 2004/48/EC relating to the protection of intellectual and industrial property has provided for two different remedies (against infringement). The first, i.e. the payment of a lump sum equal to reasonable royalties or fees, is but a restitution of unjustified enrichment according to the general principle of law (though English courts have regarded it as relating to damages). The second, i.e. account and disgorgement of profits gained by the wrongdoer, however, is not properly based on the same general principle of law, because such profits can by definition exceed the claimant's expenses: nevertheless, this restitutionary remedy, which is definitely established in English common law, can be granted by civil law as well, since it is but the action against the negotiorum gestor which has been foreseen by Roman tradition. 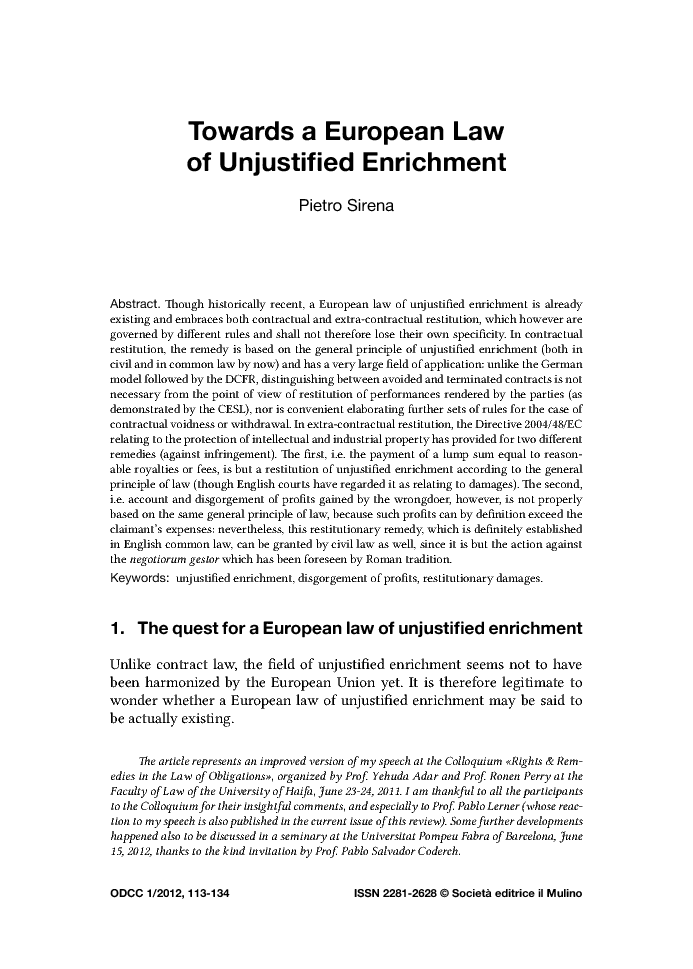