According to Art. 3 (2) of the Consumer Sales Directive (99/44/EC) the consumer is entitled to repair or replacement if the goods originally delivered by the seller are defective. If the consumer already installed the goods according to their intended use, the question arises whether in the course of replacement of the defective good the seller also has to remove it and install the subsequently delivered goods. In the combined cases C-65/09 and C-87/09 (Gebr. Weber GmbH/ Jürgen Wittmer, Ingrid Putz/Medianess Electronics) the European Court of Justice answered this question in the affirmative. It also ruled that in principle the seller may not refuse the only modality of subsequent performance possible on the grounds that it causes unreasonable costs. This paper analyzes the decision of the European Court of Justice, its history, dogmatic background and - with a focus on German law - its consequences. 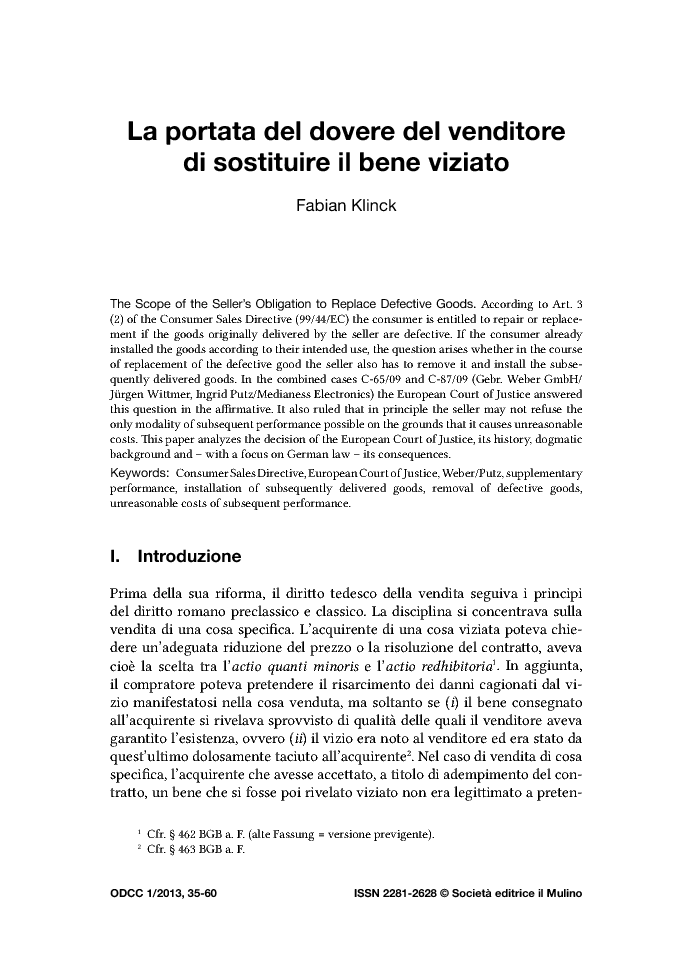