This paper analyses the influence of the Italian legal model on the modern Japanese legal system. The paper is divided in three parts. In the first, it analyses the formative period of modern Japanese law, when foreign influences on Japanese law have been very strong. The Italian influence was, apart some notable exceptions, quite limited. The second part takes into consideration the 1900s, when Japanese jurisprudence almost overlooked the Italian legal model. The last part presents the years from the 1990s until today: in this period it is possible to notice an increased interest in the Italian legal system. This study evidences an example of path dependency in the dynamics related to the reception of foreign models in Japan, at least until the 1990s. The profound shocks that affected the Japanese society in the early 1990s stimulated a reassessment of the role of the law in the Japanese society and legal reform in many areas. A consequence of this was a greater curiosity towards the study of foreign legal systems that previously were virtually unexplored, including the Italian legal system, which became a legal system «of reference». 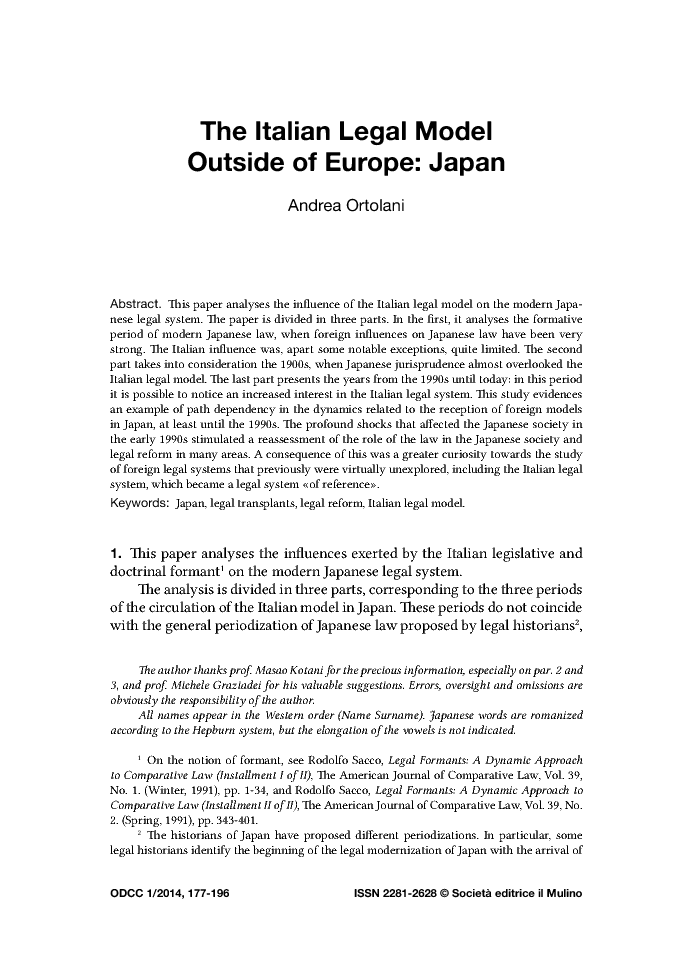