Groups of companies have become the prevailing form of European large-sized firms. Differently from the German law regarding this subject, that developed a global and autonomous set of rules, according to the principles drafted at the European level, the Italian company law has chosen to develop only specific rules about groups of companies, especially oriented (i) to prevent the risk that the parent company could carry out the activity of management and co-ordination of the group in its own interest, or in the interest of another business and in violation of the one of the subsidiaries and, in any case, (ii) to restore the damages suffered by the minority shareholders of the latter depending on an unfair exercise of this power of control and management. In this work the Author underlines that the Italian rules, introduced in 2003, have to be considered a good starting point in the perspective of the protection of minority shareholders against intra-group transactions that could harm the value of their investment, although they are not completely satisfactory. The aim of the Italian law is, indeed, oriented only to protect the minority shareholders of the subsidiary companies, forgetting that the same need of protection exists with regards to the minority shareholders of the parent company, who could be harmed in the same way through this type of transaction. The paper shows how the ordinary rules and remedies provided by company law are not sufficient to achieve this goal and identifies the measures that would be advisable to adopt. 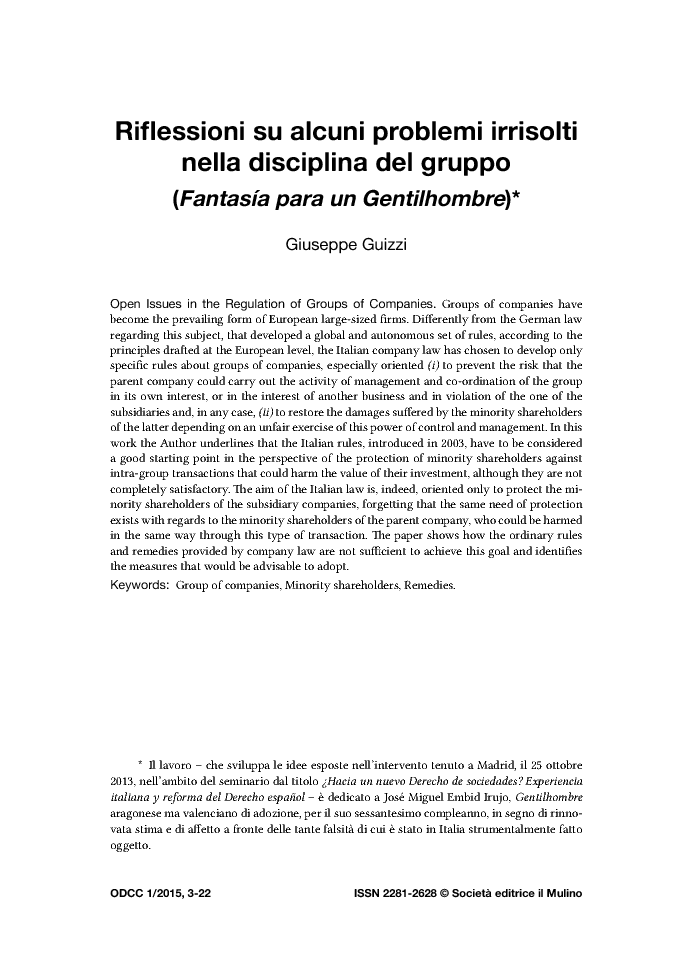