The convergence of national regulations - lately driven by market globalization - may result from the harmonization of legal systems, the direct imposition by a foreign country or, finally, from the transplantation of legal rules from one country to another, a phenomenon also known as «legal transplant» or «legal borrowing». The aim of this paper is to analyze legal transplants within the Japanese legal system, since this system can play a relevant role in understanding this phenomenon and its implications, having been frequently influenced in its history by the law of a foreign jurisdiction. Legal borrowing can be analyzed with reference to two different issues: the selection of the transplanted legal system and its subsequent implementation in the host country. The former entails the analysis of the relevant factors or «motivations» involved in the transplantation process, such as political motivations, symbolic motivations, practical utility motivations or historical motivations; the latter requires an in-depth study of the relationship between written law and practice, paying special attention to the general clauses and the role of the so called «legal formants». 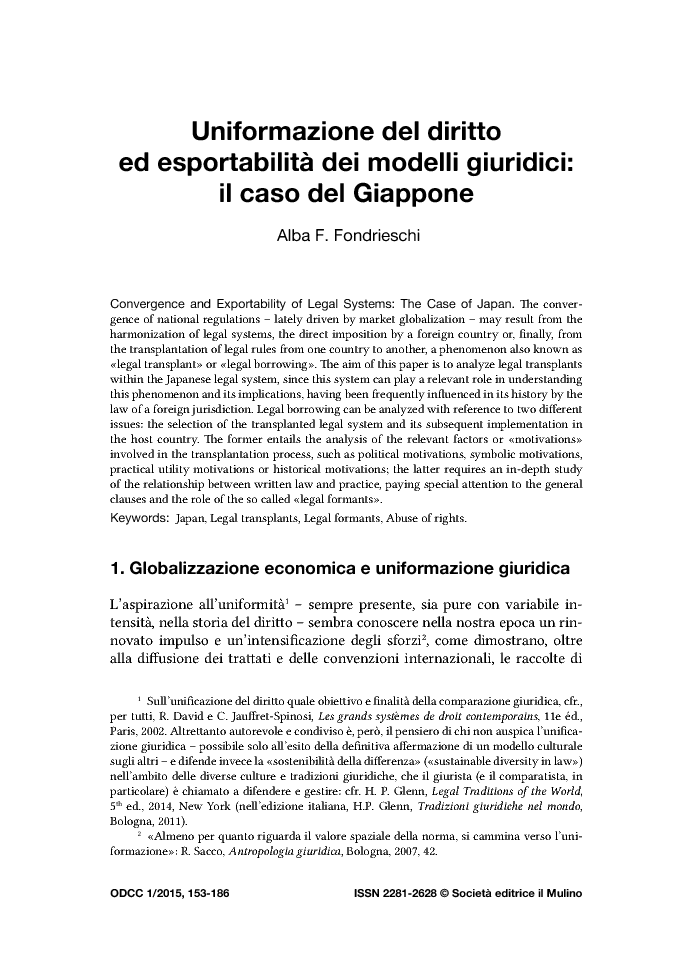