The article deals with the Alternative Dispute Resolution system which, as provided for by a statute enacted in 2005 and aimed at protecting savings, has been established by the Bank of Italy to settle dispute between banks operating on Italian territory and their clients (both consumers and businesses, except for other traders of financial services). The basic assumption of the article is that this ADR entity, named Arbitro Bancario Finanziario (ABF for short), fulfils a quasi-regulatory, more than a quasi-judicial function, since in a regulated market, like that of the banking sector, ADR systems are needed to affect the traders' behaviours and to «nudge» them to comply with standards of correctness and transparency of contracts. This picture implies that banking contracts should be regulated as business, or commercial, contracts, and that consumer law applicable to them might be re-interpreted as an issue of market regulation. The article advocates furthermore that the substantive private law applicable by the ABF should be consistent with this framework and, particularly, pleads for the resort by ABF to punitive damages as a necessary remedy to achieve goals of deterrence against opportunistic behaviours of the banks, so inducing them not to be misbehaving (regards information given to credit score bureaux, as an instance, which is often used dishonestly to «force» clients to pay). 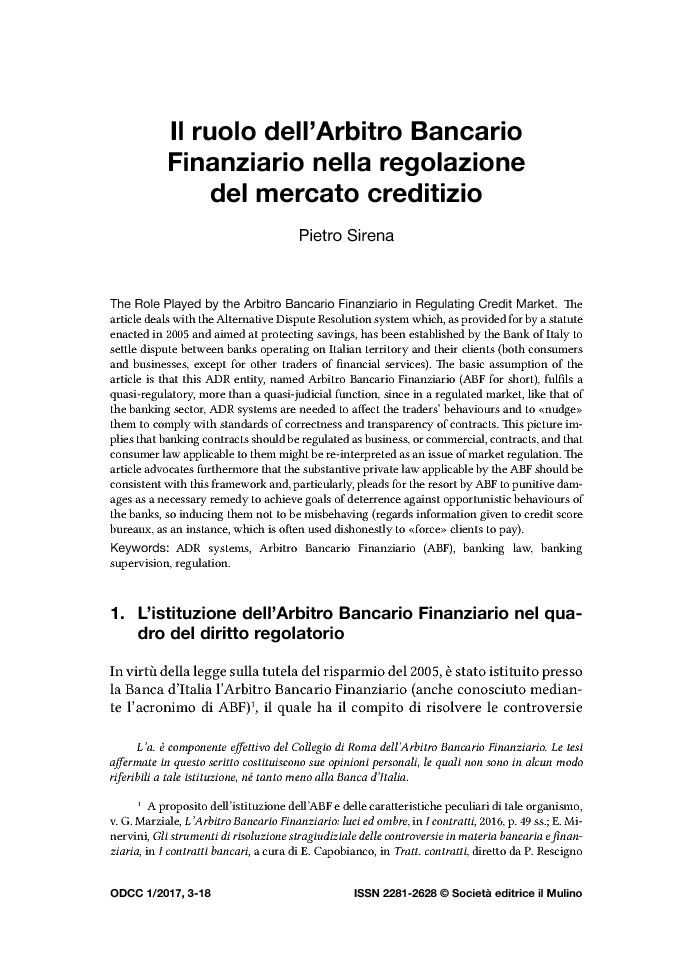