The effectiveness of a deposit insurance system is influenced by the environment in which it operates, e.g., prudential regulation, supervision, and resolution, and not only by its designed features. SSM (Single Supervisory Mechanism) seems inconceivable without a SRM (Single Resolution Mechanism) and a harmonized deposit scheme framework. The EU banking reform package aims to complete the reforms that the EU implemented in the wake of the financial crisis, which made the financial system more stable and resilient. The November 23, 2016 «EDIS» proposal of the EU Commission follows that route. However, in light of the difficulty to have a mutualized deposit guarantee scheme as the one proposed by the contemplated EDIS scheme, it seems preferable to implement in a near future a re-insurance deposit guarantee scheme, in order to offer a deeper pocket to the benefit of depositors - and not necessarily limited to the benefit of Euro-zone depositors but rather throughout the EU -, without having some banks consider that they would be treated unfairly as compared to banks located in more fiscally lax States. 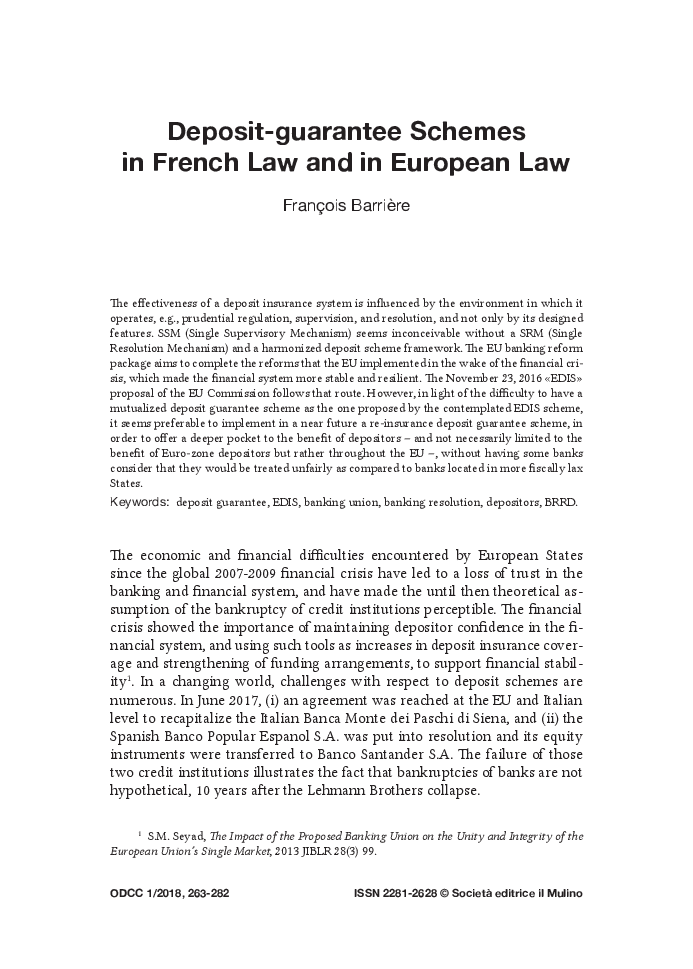