The purpose of this paper is to analyse the rules governing capital increases in Italy and stock issuances in the United States of America. In this regard, it is worth noting that while, on the one hand, the American system criticises the interpretation of the European concept of share capital, which is now out of date and almost exclusively supported by a long-standing historical tradition, on the other hand, it has not succeeded in resisting events such as the well-known Enron scandal. But there is more. Although the two systems only share a few similarities and the divergence between fiduciary duties and pre-emptive rights is huge, the «American lecture» provides us with an opportunity to explore the possibility that directors might enhance their decision-making power to the point of de-activating, regardless of the opinion and formal decision taken by the shareholders, but under the oversight of the supervisory board, the preemptive right because of the prevailing interest in the company's survival. In addressing this issue, emphasis will be placed on the banking system, where the crisis is dealt with earlier than it has been proclaimed, as well as on the case-law indicators, which appear to be geared in this direction. 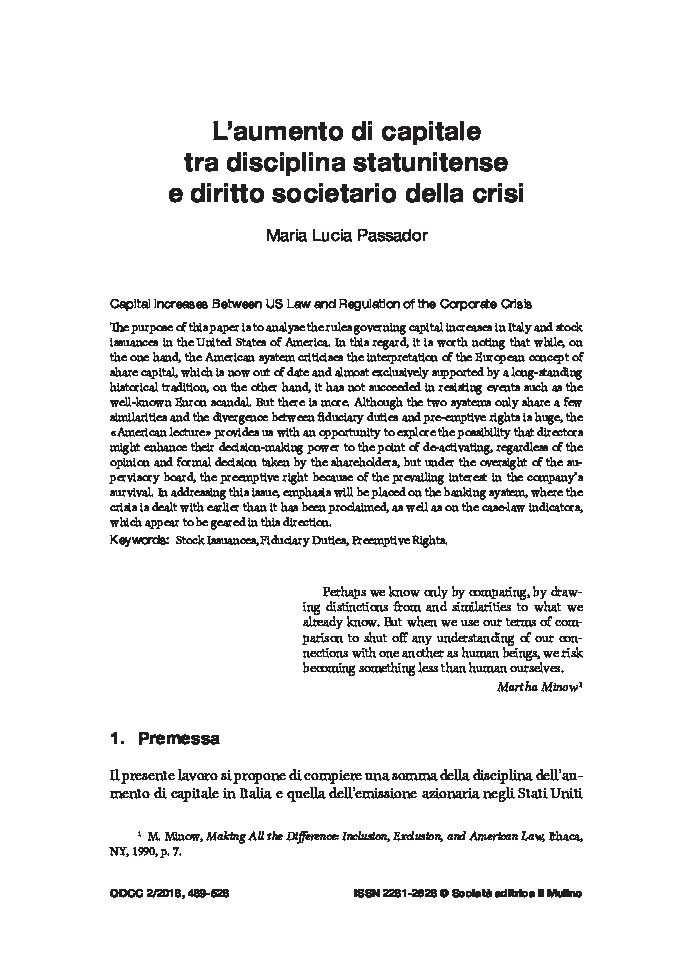