For some years now a new regulatory framework has begun to develop in Italy, aiming at facilitating the financing of small and medium-sized enterprises by non-banking entities. Among the many interventions, it is worth emphasizing the (favorable) discipline of equity crowdfunding - present both in the T.U.F. and in Consob Regulation no. 18592/2013 - a discipline that has undergone several changes over the years, which will be addressed in the paper. In any case, it is mandatory to mention the inclusion of small and medium-sized enterprises among the subjects offering participatory financial instruments through the use of online portals, limited initially to innovative start-ups. Ultimately, the phenomenon that will be described represents, as a whole, a positive figure for the economic system and it witnesses the attention of the primary (and secondary) legislator to the demands of the financial sector, which, through the increasing massive use of technological tools, is able to change the effective paradigms known today. 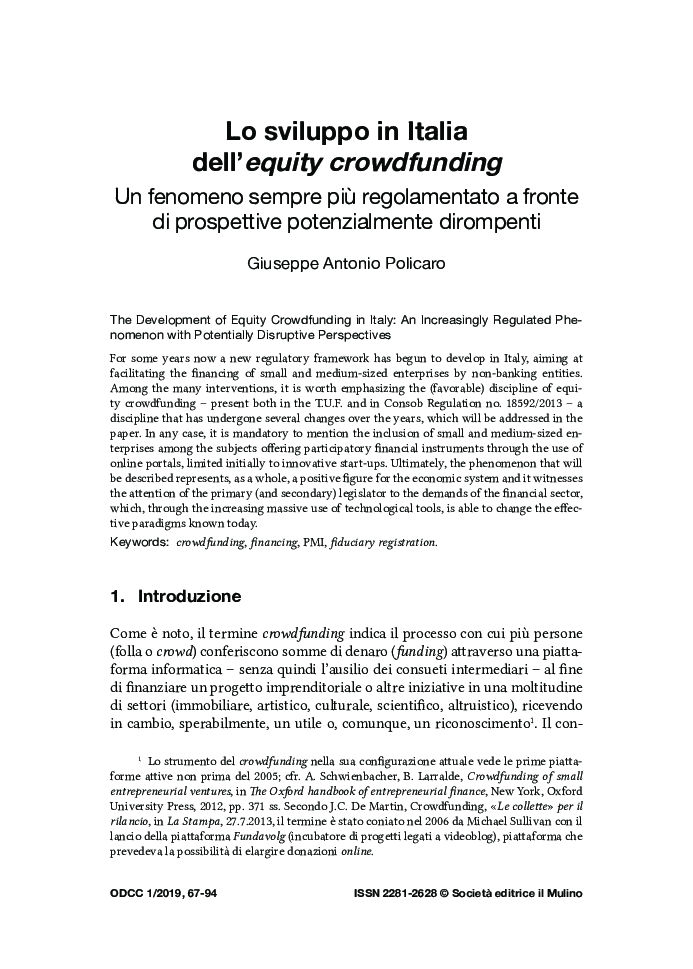