The essay conducts a critical analysis of the system for the international circulation of cultural heritage in light of the recent reform. The new regulation has not affected the system of the States' prerogatives, since it retains the right of export refusal and the related declaration of cultural interest of a good, save for the purchase of the work of art. The reform has instead modified the time thresholds and introduced a value threshold, for export authorization, with a composite set of rules which, however, far from being specified, has later been modified in several parts by the subsequent Ministerial Decree. 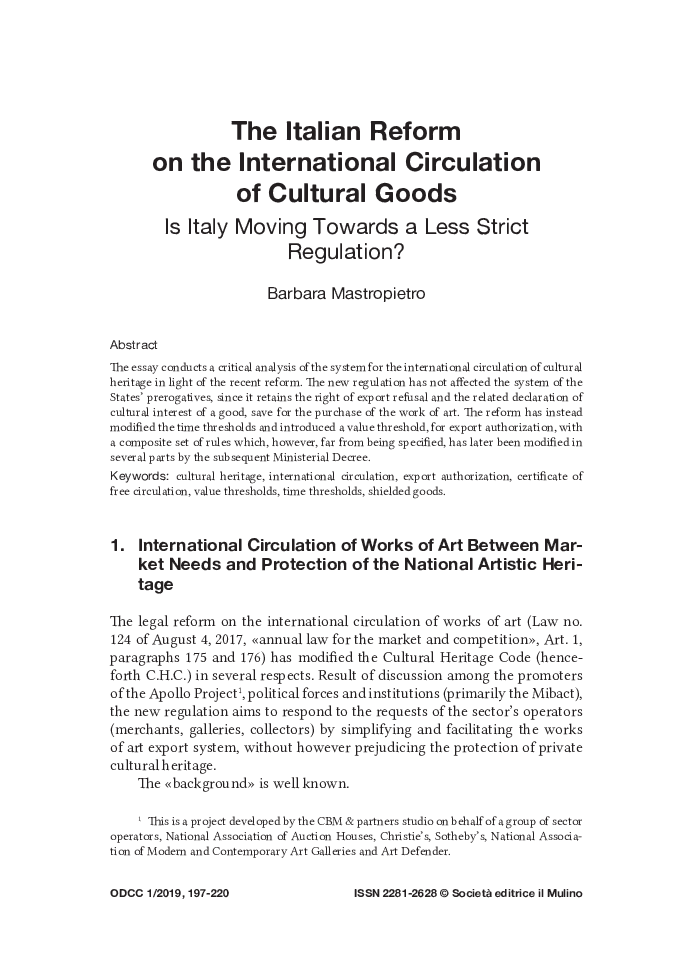