The freedom of the users, in the downstream contracts of the energy supply chain, appears compressed due to instances of protection and comparison of the various commercial offers. In the upstream phase, instead, the autonomy of the consumer – which thus becomes a prosumer – finds the opportunity to expand. This is the phenomenon of demand response, closely connected to the dispatching function: each prosumer, aggregated by a specialized operator (the so called «aggregator») in a complex unit, makes himself available to modulate its energy withdrawals from the network and in return receives some fees. Pending the reform of the energy dispatching service, ARERA has regulated some «pilot projects» governing the contractual relationship between Terna S.p.A. and the aggregator, but leaving the agreements between the latter and the individual prosumer to free negotiation. 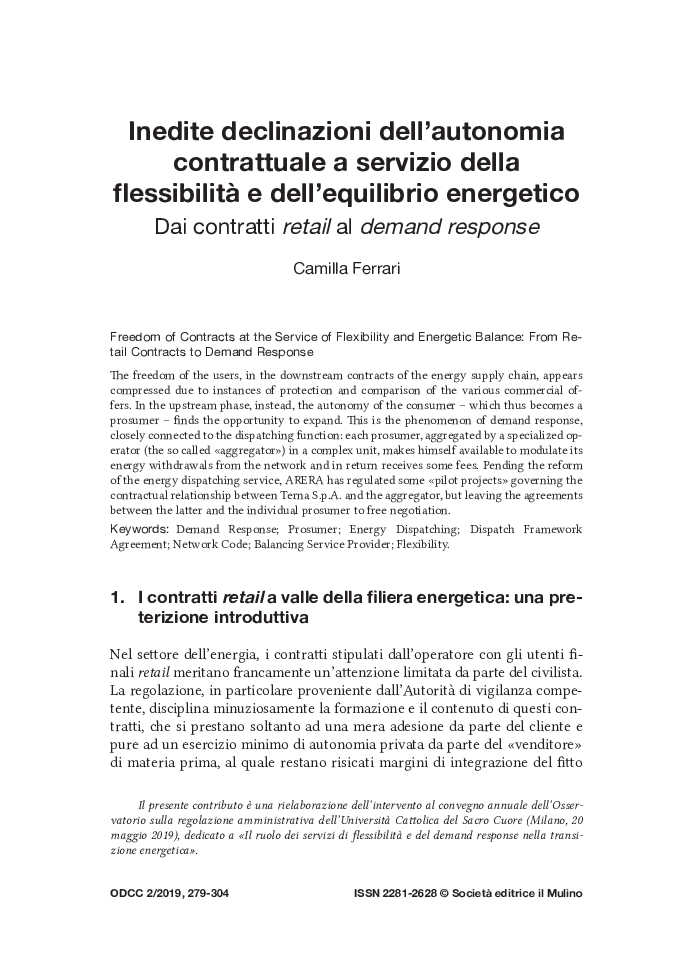