The new EU Prospectus Regulation, passed in 2017, has just entered into force in the different Member States. As a result of this new piece of legislation, the role of the prospectus as the vital contract aimed to make the market and the investor’s choice more transparent and conscientious is given more impetus. Despite the level playing field of norms entailed in the new piece of legislation, which are the subject matter of a detailed doctrinal analysis, the paper is not exempt from criticising the new EU statute. The theory that hopefully has been demonstrated in the paper is that this piece of legislation has partially failed harmonising the matter at stake, in comparison with the antecedent legislation, the Prospectus Directive 2003. 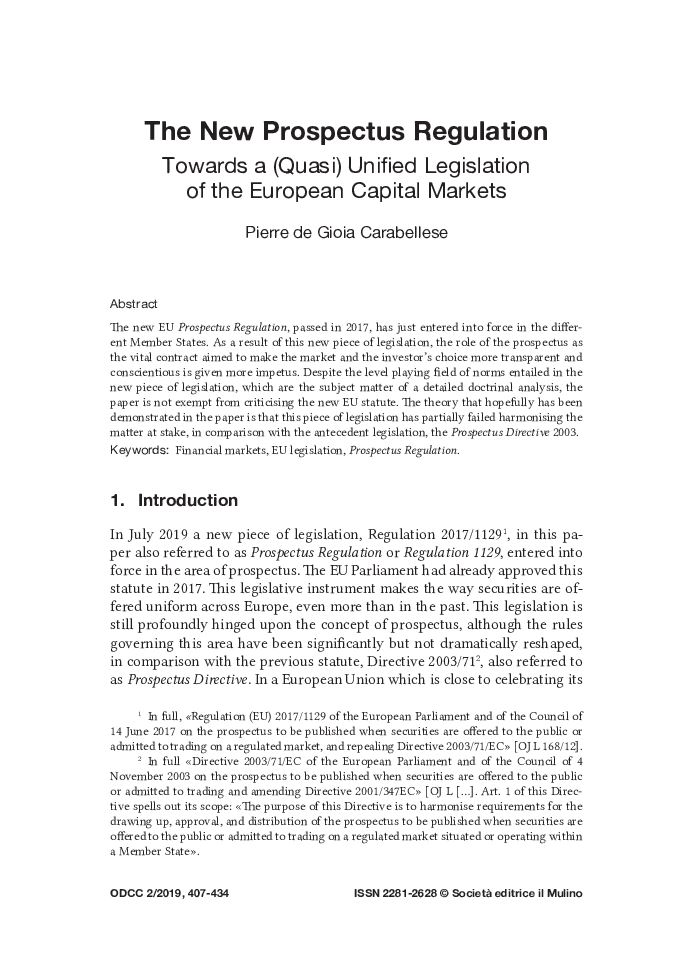