In the last decades scholarly literature has pointed out Francesco Sansovino’s cultural relevance as editor, typograph, printer, translator in mid-Sixteenth century Venice. His multifaceted contribution has been interpreted as part of that complex process of vulgarization, or popularisation, of scientific knowledge which characterises the Venetian editorial market in the Giolito Age. However critics have undervalued the role played by Sansovino as political author and, confining his production to the sphere of polygraphy or polymathy, most scholars have ignored the extraordinary success he enjoyed in the political debate between the 16 th and the 17 th centuries. In the article the author focuses on Sansovino’s European reception and furnishes the reader with some evidence about the widespread circulation of his political masterpieces. 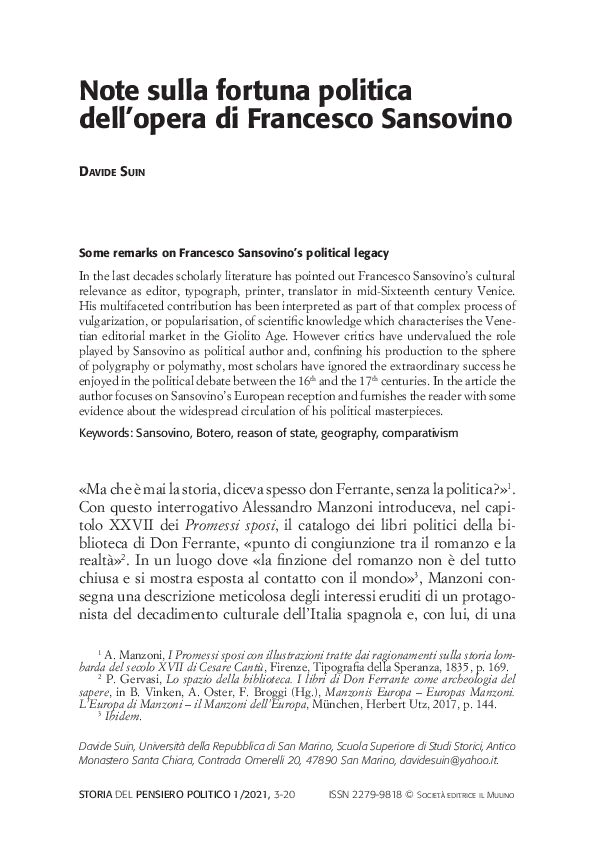