In this article we investigate the occurrences of «representative democracy» and its dictionary equivalents in French and Italian in a very large corpus of digitized books, magazines and newspapers published between 1778, the first recorded appearance of the term in our data, and 1799. The texts analyzed are taken from several databases and archives publicly available online. Most occurrences, however, are here for the first time brought to the attention of researchers. After briefly describing the resources used and quantitative findings, we move on to illustrate and comment on the most relevant occurrences of the phrase «representative democracy» in the American, English, French, Swiss and Italian contexts. The occurrences examined illuminate similarities and differences in the meaning social actors attributed to the term at the time this important concept in the history of political language was introduced in the cultural debate 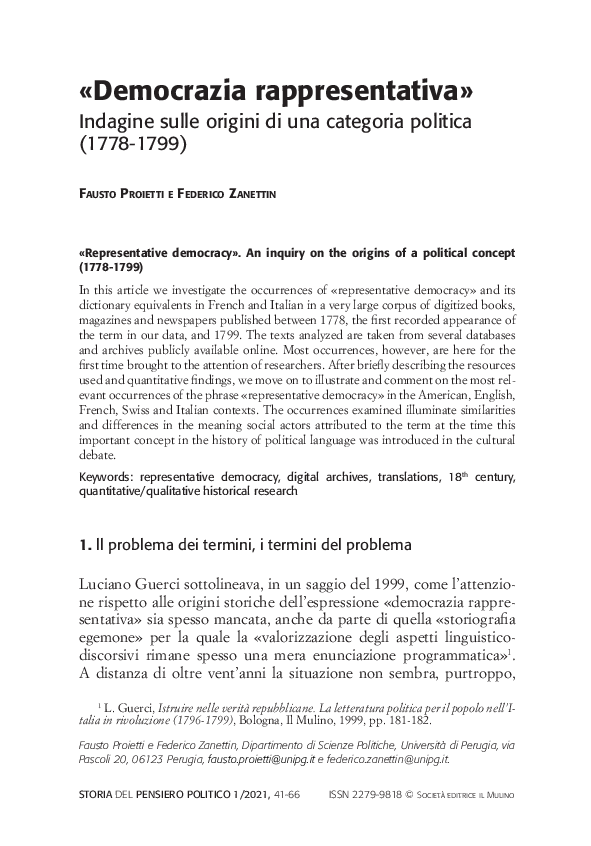