This work aims, first of all, to shed light on the complex relationships between politics and religion in Tocqueville’s thought. For this purpose, it enhances the traditional image of «ethical liberalism» with the categories of «liberal religious thought». In fact, the idea of an individual subject structurally oriented towards transcendence and bearer of a sacred space exceeding political contingencies forms the theoretical core underpinning Tocqueville’s liberal theory. In this perspective, the article tries to reconstruct the conception of religion that emerges from Tocqueville’s thought and to analyze the relationship between democracy and Christianity, that Tocqueville considers as an expression of the more general correspondence between socio-political order and forms which religious sentiment takes 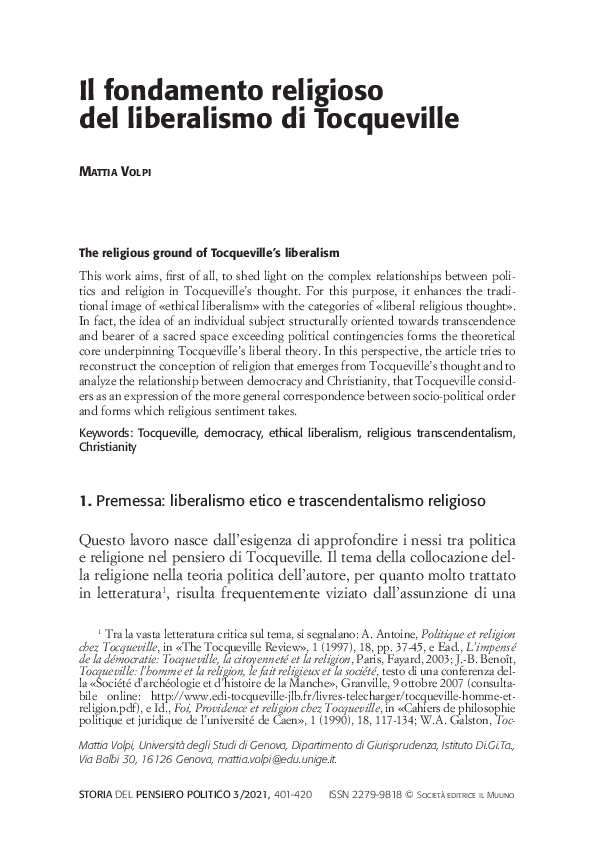