The aim of this essay is to reconstruct Madame de Staël’s reflection on the passions and their effects on the events of the French Revolution. This interest grew up and developed from her first articles and pamphlets written between 1791 and 1794, in which Staël reflected on the extremism of the parties, their inability to compromise and their tendency to manipulate public opinion. It was precisely meditating on the experience of the Terror – but also driven by the delusions of his own life – that Staël wrote De l’influence des passions sur le bonheur des individus et des nations, in which she proceeded to a veritable mapping of revolutionary passions (vanity, ambition, envy, revenge, partisanship, love of crime), bringing into focus some of the pathologies of democracy at the very moment of its convulsive genesis in Europe. During the years of the Directory, Staël identified the best solution to govern the passions in representative government, a political regime capable of realising the goal of happiness by making use of reason and reconciling the conflicting principles of republican liberty and monarchical tranquillity 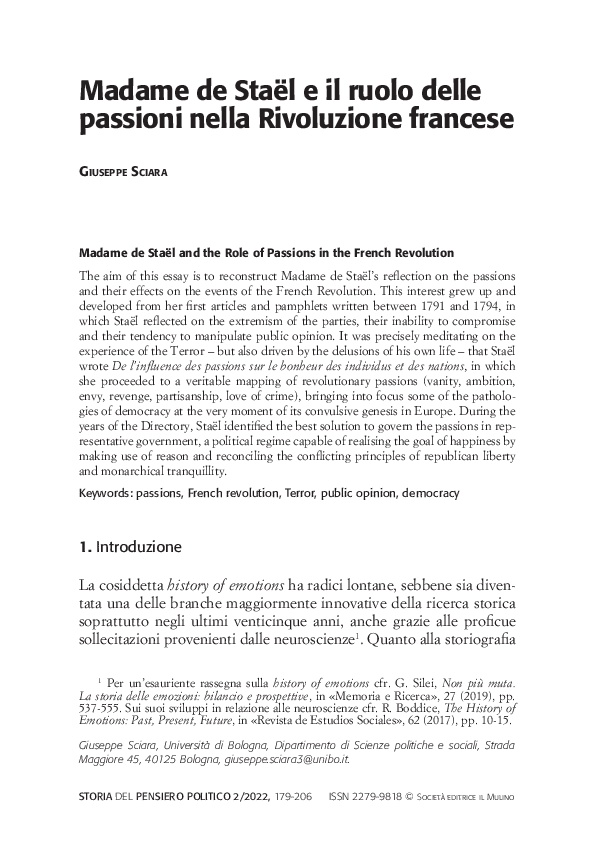