The first large public debate on Italy as a political nation takes place between 1843 and 1847, through some writings (Primato of Gioberti, Speranze d'Italia of Balbo, Ultimi casi di Romagna and Programma per l'opinione nazionale moderata of d'Azeglio) that had an extraordinary success. These writings included also a political project to resolve the «italian question» (reforms and confederation, instead of revolution and unitary State), that took the name of «moderate project». The failure of this project, in 1848, has come to overshadow the more interesting side of this debate, that is the attempt to find the «italian way» to the modern problems of Nation-building and State-building. In these works we can find three different ways of imagining Italy, its national future, its institutions and its political culture, on the basis of a close relation between politics and history. In Gioberti's work (and, more schematically, in d'Azeglio's Programma) there is also an original attempt to define the concept of nation. This essay aims to reconstruct this important debate, through an analytical reading of largely neglected and undervalued texts. 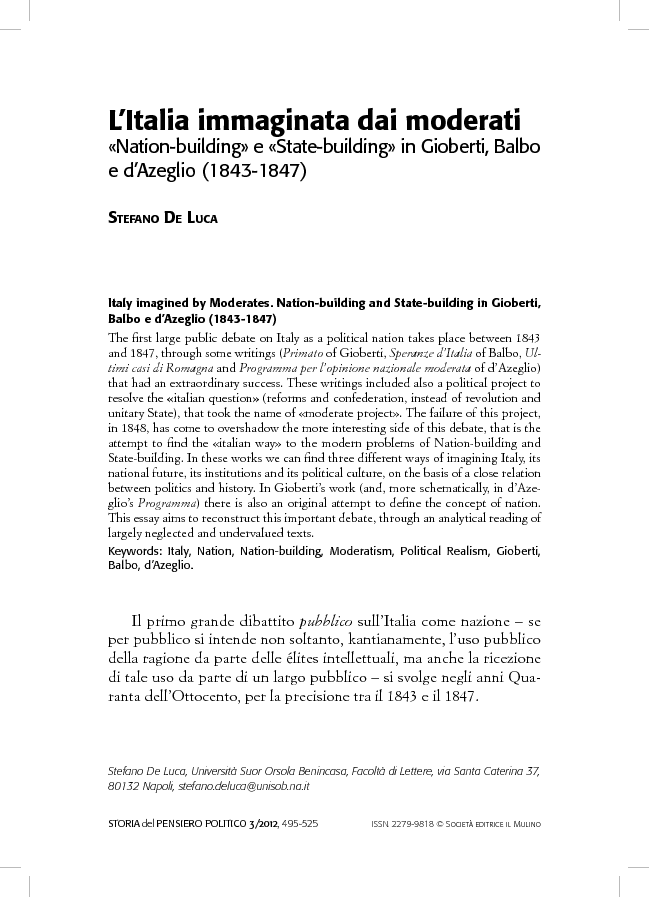