The following pages reconstruct Chateaubriand's political itinerary, from the French Revolution to the July Monarchy. In particular, the analysis is focused on his political considerations about the 1814 constitution, his defense of Louis XVIII's and Charles X's legitimate monarchies and of aristocracy's political role, and his abandonment of active politics as a consequence of the advent of the July Monarchy. Chateaubriand elaborates a theoretical model that combines elements of the counter-revolutionary political thought with others of liberal origin, such as the battle for press freedom. Following the July Revolution in 1830, he believes not only the plan of a «representative monarchy», but the very concept of monarchy as an institution of government was doomed to failure, with the dawn of a democratic society he acknowledges but he does not feel he belongs to. 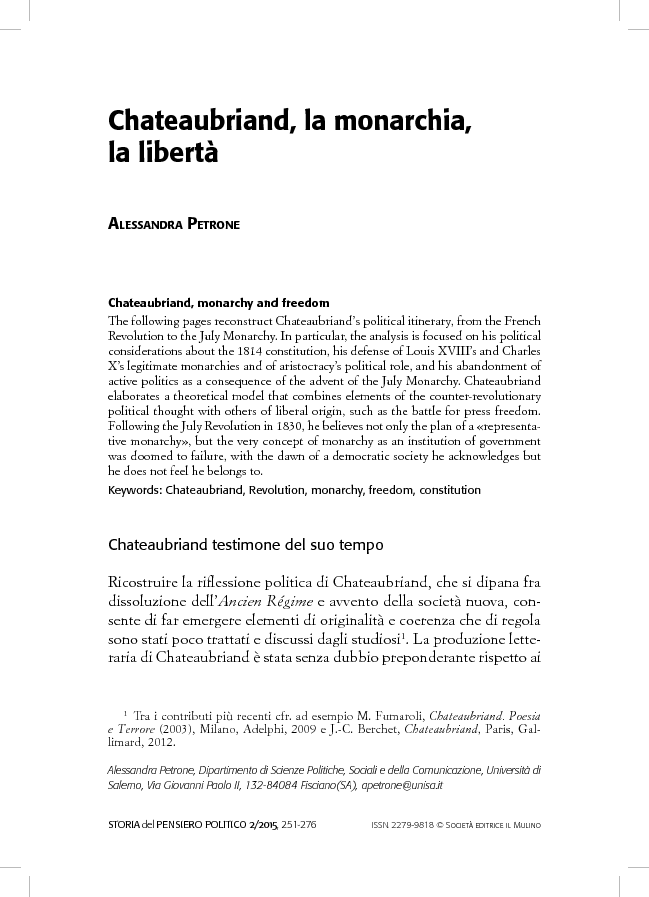