A parallel between Machiavelli's and La Boétie's political thoughts might be drawn either on Machiavelli's reception in France in the 16th century, or on their shared endeavour to elaborate a modern political language, or on the analogy between their brief and sharp Humanist treatises, or, last but not least, on the variations of the enunciation by which both texts hinder any disambiguation of the authors' intentions. Beyond these formal convergences, Machiavelli and La Boétie also share a conceptual endeavour, as they try to conceive the plasticity of time, through the figures of fortuna (Machiavelli) and coutume (La Boétie), as a paradoxical condition of human free agency. 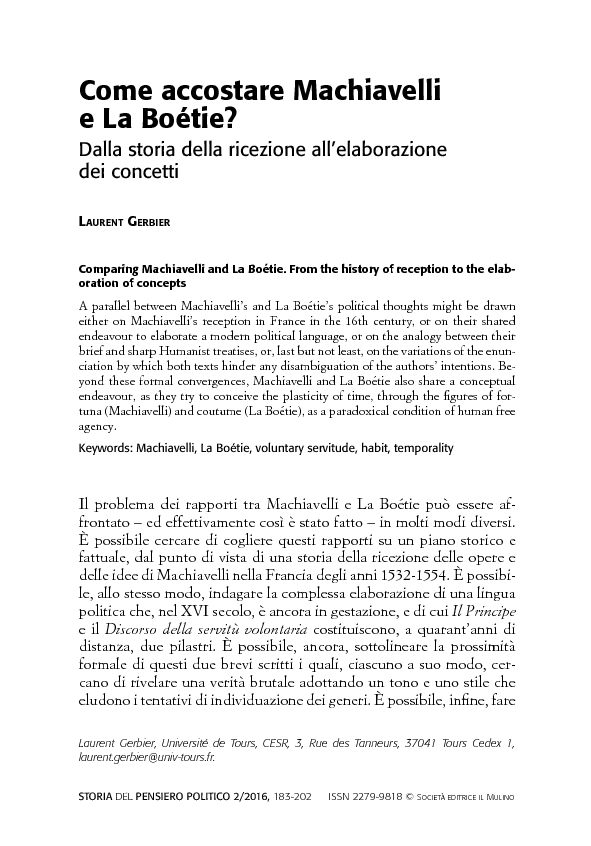