This article is an extended review of Anne M. Kornhauser's "Debating the American State. Liberal Anxieties and the New Leviathan, 1930-1970". The book deals with the contradictions between constitutionalism and the administrative State originated during the New Deal. It is an intellectual history focused on how some liberal thinkers, from German émigré intellectuals who witnessed the growth of totalitarian administrative State in their country, such as Carl J. Friedrich, to the eminent American philosopher John Rawls, tried to find solutions to the problem of discretionary administration and technocratic governance. The article discusses American social sciences' approach to the bureaucratic State and their undemocratic undertone. In this perspective, it argues that rawlsian liberal democracy, instead of addressing the structures that are most responsible for inequalities - corporations, bureaucracies, the mass media - is based on the problem of order and stability, and restates a restrictionist view of democracy. 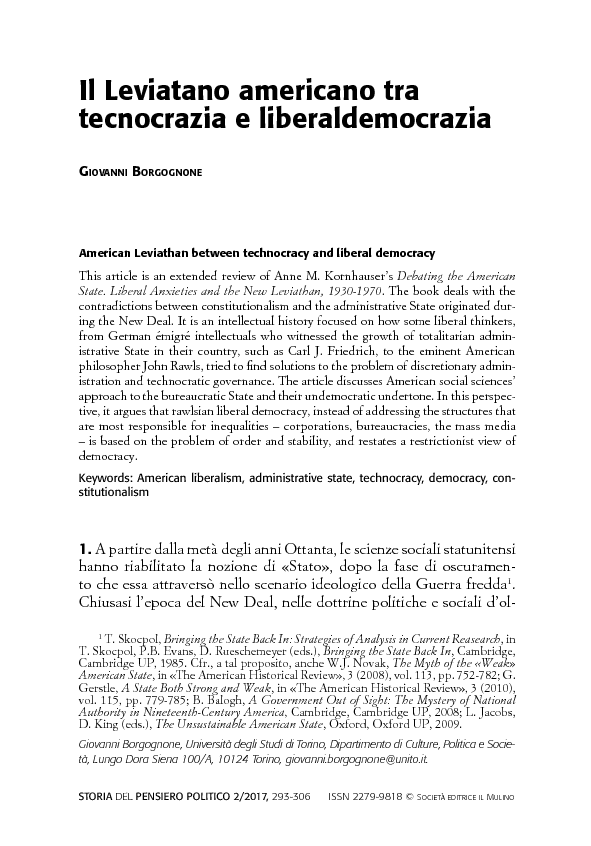