The purpose of the article is to address the question of «contract» within Karl Marx's works. At first, it gives an overview of the lexical usage of the two German words to define contract, namely "Vertrag" and "Kontrakt". Secondly, it focuses on some major sources, dividing them into 1. legal and political philosophy (Hegel, Savigny, Gans) 2. proper legal sources (Code Napoléon, German and English common law) 3. Marx's quotations of contemporary economists. Finally, concentrating on the expression «money as general commodity of contract» (quoted from S. Bailey), it investigates the connection between contract and money, trying to show how it represents an important shift in the way of conceiving social relationships within the modern capitalist society. 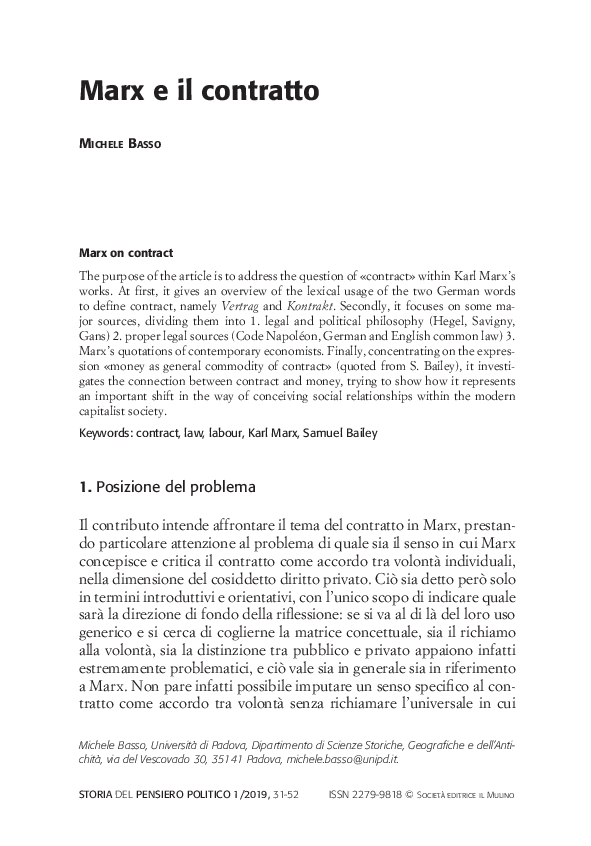